Could an app help you cut down on drinking and lower your risk of cancer?

The less alcohol you drink, the lower your risk of cancer. And the more you drink the more you increase risk. There is scientific evidence to show this.

Regardless of whether it’s wine, beer or spirits it’s the alcohol itself that leads to the damage.

Every year, alcohol causes around 12,800 cases of cancer – that’s around four per cent of the total. And the cost of excessive drinking has been estimated to cost society £21 billion each year. 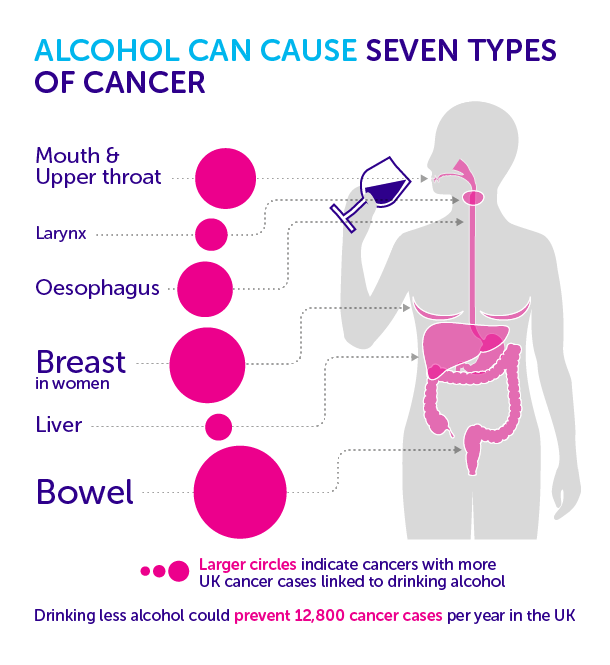 But cutting down on alcohol, especially in a country where the drinking culture is part of many people’s regular routine, can be hard.

So is there a way that technology might help?

To find out, we caught up with a team at University College London (UCL) who have developed Drink Less, the first app that uses evidence and theory from the fields of behavioural science and addiction and applies it to help people cut down on their alcohol consumption.

Why did you make an app?

Tackling excessive drinking is a public health priority. And while medical advice can have a positive effect, fewer than one in 10 people who drink more than they should receive any advice.

Health professionals may find it awkward to raise the subject of alcohol with patients, and few are trained to do this sensitively and effectively.

Smartphone apps provide a way to give advice and support for cutting down on alcohol without the awkwardness. There are now quite a few of these in the various app stores that can help people set goals for reducing their drinking and provide clever ways of supporting them in achieving those goals.

Unfortunately, none of the alcohol reduction apps available have been tested to see how well they really work, and most are not based on scientific principles. This led our team to make Drink Less to give the public something to use that had a sound basis in science.

How did you develop it?

The app is a trial version. It emerged after talking to experts and scouring the research literature to find what’s most likely to help reduce alcohol consumption. It was also improved by user feedback, something that we thought was really important to understand so that we could make the app as easy to use as possible.

We are also very grateful to the National Institute for Health Research School for Public Health Research (NIHR SPHR), the UK Centre for Tobacco and Alcohol Studies (UKCTAS) and the Society for the Study of Addiction for funding the development of this app.

This is not the final version. In fact, different users get different versions of the app so that we can compare these and see which works best. Once this is complete, we will design an ‘optimised’ app and put that to the ultimate test in a randomised controlled trial.

What does the Drink Less app do?

The different versions being tested vary in the components you can get, but some of the functions available include:

Do you have any early results that show that Drink Less works?

It’s still early so we haven’t finished data collection just yet but we’ve had some great feedback from users who seem to have found it both helpful in reducing their drinking and fun to use.

What do you hope this app will do?

We hope that this app will be taken up by professional services and used alongside support to help people drink less alcohol. We want there to be a new combined approach that will be more effective than either one on its own.

Ultimately, we believe that if people cut back on drinking they will become healthier and reduce their risk of cancer and other alcohol-related health problems.

If you have an iPhone, and want to try the app, you can download it here. (Unfortunately the app is not yet available for Android or Windows phones.)