E-cigarettes: what we know and what we don’t 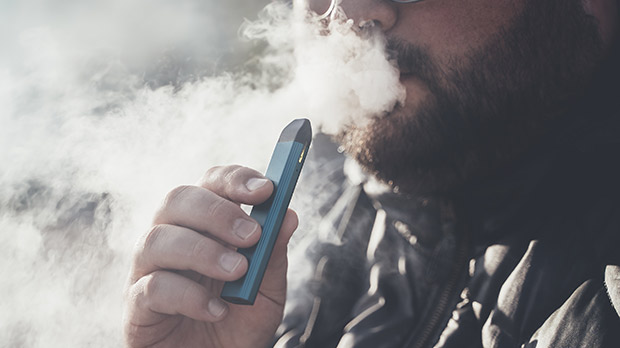 It’s been a decade since e-cigarettes first gained popularity in the UK. Since then, the types of devices available and the number of people using them has risen sharply.

And as the popularity levels of e-cigarettes grew, so did the debate around them.

The big selling point for e-cigarettes is they’re a way to help people stop smoking and reduce harm from the biggest cause of cancer in the world, tobacco.

But it’s a balancing act. E-cigarettes contain nicotine and so it’s important to make sure that people who have never smoked, particularly young people, don’t start to use them.

While it may be hard to remember a time before vaping, in the grand scheme of research, 10 years isn’t that long. And there’s still a lot more we need to understand about them.

Linda Bauld, Professor of Public Health at the University of Edinburgh and Cancer Research UK’s prevention adviser says, “These are still relatively new products. But a huge amount of research has been done. It’s a far more sophisticated discussion now than it was in the early years.”

Here are the big questions around e-cigarettes, what we know and what we still need to find out.

Around 12,000 of us Google this each month in the UK. And you can understand why – there are a lot of mixed messages out there when it comes to e-cigarettes, with many headlines proclaiming that vaping is just as bad or worse than smoking.

In fact, research shows that vaping is far less harmful than smoking.

E-cigarettes (also known as vapes) heat a liquid so that it becomes vapour and people can breathe it in. They usually contain nicotine which is the addictive chemical found in cigarettes.

Whilst these studies are useful to explore the potential effects of e-cigarettes, they shouldn’t be used to estimate real-world impact in humans.

The tone of the debate may also depend on where you live. In 2019, the US saw an outbreak of several thousand cases of respiratory illness and nearly 70 deaths linked to the use of vaping products. But again, headlines can be misleading, as these cases were due to contaminants in illegal products and not linked to regular vaping. There was no similar outbreak in the UK, and the chemicals of concern are banned.

The best evidence available in humans shows e-cigarettes are far less harmful than smoking. For example, one study found significantly lower levels of exposure to harmful chemicals in people who switch from smoking to vaping compared with those who continued to smoke. These levels were similar to people using nicotine replacement therapy (NRT). There’s also no good evidence that second-hand e-cigarette vapour is harmful to bystanders.

But e-cigarettes are a relatively new product. For this reason, there isn’t enough research into long-term use, or into their effects in people who have never smoked.

“In people who vape, the vast majority are smokers or ex-smokers. So unpicking the relationship between those two risks is really tough” says Bauld. “Definitive answers about safety may still take many years to identify”.

In short, there’s a lot more to learn.

But what researchers have had time to observe, over decades, is the huge amounts of research showing that tobacco is extremely harmful. Which is why experts can be confident that e-cigarettes are far less harmful than tobacco. This is broadly agreed by researchers and public health bodies.

There’s growing evidence from around the world that e-cigarettes can help people stop smoking. In England, a study that looked at e-cigarette use and smoking cessation across the population estimated that e-cigarettes helped an additional 18,000 people in England in 2015 to quit for the long term.

Bauld says that smoking is still the largest preventable cause of cancer and is linked to 15 different types. “Supporting smokers to quit and young people to not start is a really important cancer prevention priority. So, if e-cigarettes can provide support for individuals as an aid to smoking cessation, then that’s of interest to cancer researchers.”

But there’s still a lot we need to find out. For example, there’s limited research into the role that different types of devices, nicotine concentrations and flavours play in helping people to stop smoking.

Although smoking rates in the UK continue to fall, levels in the most deprived populations are still much higher than in the least deprived, so experts are especially interested in whether e-cigarettes could help reduce this inequality. Recent research has suggested that people from lower socioeconomic groups might be more likely to use e-cigarettes, but it’s not yet clear whether this means e-cigarettes are improving smoking cessation rates in these communities.

Does vaping in young people lead to smoking?

Another question which often makes the headlines is around youth vaping and whether e-cigarettes are causing people to start smoking – the so-called ‘gateway effect’.

Overall, there’s no strong evidence for a gateway effect in the UK. Although experimentation with e-cigarettes among young people has increased in recent years, regular vaping in young people in the UK remains very low. In a representative survey of 11 to 18 year-olds in Great Britain in 2020, out of 1,926 never smokers, not a single person reported vaping daily.

Currently, the evidence doesn’t suggest that young people who have never smoked are vaping regularly, or that vaping is causing more young people in the UK to start smoking. But, vaping in young people is something we’re keeping an eye on.

Is it OK to smoke and vape at the same time?

There’s currently no evidence that using both cigarettes and e-cigarettes is worse than just smoking. But it’s clear that to get the health benefits, people need to switch completely from smoking to vaping.

And there are still unanswered questions here. It may be that some people go through a period where they both smoke and vape to help them quit, but right now we don’t know how long this transition period is, or how it varies from person to person.

Experts need to find out what causes people to switch from vaping and smoking to just vaping and how they can support people to do this.

Highlighting some of the main gaps in the current research, Bauld says that we don’t know enough about how people use e-cigarettes over time – including how use patterns change and if and when people stop using them. “We have some studies, but they’re really quite limited. We also don’t know enough about the impact of long-term use of these devices on health.”

At Cancer Research UK, we fund lots of research into the role of e-cigarettes in smoking cessation and their use in young people, which compliments research across the world to answer these big questions. And we work with policy makers to ensure that regulations match the rapidly evolving research in the area and engage with the public to ensure they receive accurate information.

In 2020, we took it one step further, uniting with the US National Cancer Institute to launch Cancer Grand Challenges – a global funding platform that supports world-class teams of researchers to take on some of the toughest challenges in cancer research. This includes a challenge focused on e-cigarettes, inviting the global research community to answer the big questions surrounding their use.

Large, long-term studies examining topics such as harms, youth use, use patterns over time, use of flavours and effectiveness in smoking cessation are needed.

And to get the answers we need about the effects of different regulations, these studies need to be conducted across the world. This will allow governments and health bodies to develop laws that protect young people from vaping, but also allow e-cigarettes to continue to be used to help people stop smoking.

There’s a lot we still need to know, but the evidence has come a long way so far. And all this evidence is why at Cancer Research UK, we recommend people who smoke consider using e-cigarettes as an option to help them quit, but why we would discourage people who have never smoked from starting to vape.

For up to date, accurate information on e-cigarettes, visit our webpage

I believe vaping does help to stop smoking but vaping itself is very addictive. Although vaping is better than smoking cigarettes it’s better to use other methods of nicotine replacement therapy as these are used with a view to cutting down and eventually stopping. I say this with personal experience. I think if people want to stop vaping they will still need to use other forms of nicotine replacement.

Interesting review of research on cancer risk and vaping but without looking at cardiovascular risk. Is the level of nicotine in vapers more or less than that found in smokers?

Thanks for your question. Studies show that levels of nicotine in people who switch to vaping compared with those who continue to smoke are similar. Nicotine is the chemical that makes cigarettes and e-cigarettes addictive, but it’s not responsible for the harmful effects of smoking – it doesn’t cause cancer and is not a significant health hazard for people without heart conditions. You can read more about the potential cardiovascular benefits of switching from smoking to vaping on the British Heart Foundation’s website.

My husband had knowledge when he worked in a business with Glycol. His thoughts are the Glycol product being used in E-Cigarettes can’t be anything but harmful to the lungs.
Is there any information about this.

Thanks for your question. Propylene glycol and vegetable glycerine are used to make the e-liquids for e-cigarettes. As with other research on safety, we still need more long-term data. However Public Health England have concluded that studies in animals have generally been reassuring that it does not pose a significant risk to health.

I think this assessment is flawed in numerous ways. See for example:
US evidence shows using cigarettes and e-cigarettes worse than either on the respiratory system

A fair, balanced assessment, thanks CRUK, Alice, and Linda Bauld