Diesel exhaust fumes ‘definitely’ cause cancer – should we be worried? 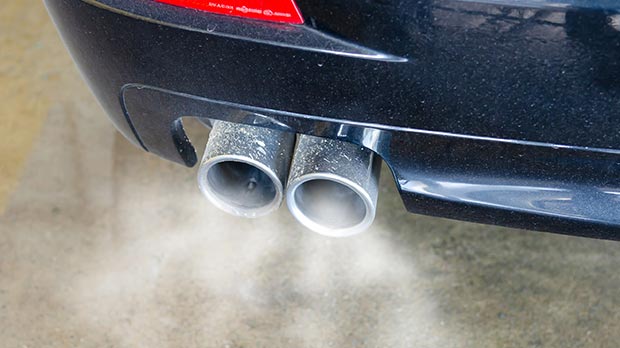 Exhaust fumes have been conclusively linked to lung cancer.

Today the International Agency for Research on Cancer (IARC) – part of the World Health Organisation – announced that it had reclassified diesel exhaust as a ‘definite carcinogen’ – putting it in its highest category (Category 1).

In other words, IARC’s expert panel assessed all the available scientific evidence and decided that exposure to diesel exhaust fumes can, and does, cause cancer in humans – specifically lung cancer (although there’s weak evidence they’re also linked to bladder cancer).

But what does this mean in practice? Is this something the general public should be worried about?

We spoke to Professor David Phillips – a Cancer Research UK-funded carcinogen expert from King’s College London – to ask him what he thought of the announcement.

What does this mean? Just because something is in IARC’s top level category, it doesn’t necessarily mean it’s public health enemy number one – it’s more complex than that. As Professor Phillips explains, “IARC does ‘hazard identification’, not ‘risk assessment’.

“That sounds quite technical, but what it means is that IARC isn’t in the business of telling us how potent something is in causing cancer – only whether it does so or not”, he says.

To take an analogy, think of banana skins. They definitely can cause accidents – but in practice this doesn’t happen very often (unless you work in a banana factory). And the sort of harm you can come to from slipping on a banana skin isn’t generally as severe as, say, being in a car accident.

But under a hazard identification system like IARC’s, ‘banana skins’ and ‘cars’ would come under the same category – they both definitely do cause accidents.

“So, going back to diesel fumes – yes they’re in the same IARC category as, for example, mustard gas and asbestos. But saying diesel fumes are ‘as bad’ as asbestos is not what IARC categories are about,” says Phillips.

So IARC is saying that diesel fumes are able to damage DNA in our cells in a way that leads to cancer, and that this happens in real life. But it doesn’t say anything about how much exposure is needed to cause this, nor how big a problem this is in society.

“IARC categories are designed to flag things up to policy makers, so they can then analyse the scale of the problem, weigh the risks against the benefits, and bring in appropriate legislation,” Phillips adds.

How do diesel exhaust fumes cause cancer?

When diesel burns inside an engine it releases two potentially cancer-causing things: microscopic soot particles, and chemicals called ‘polycyclic aromatic hydrocarbons’, or PAHs. According to Phillips, there are three possible ways these can cause cancer:

“Firstly, inhaled PAHs could directly damage the DNA in the cells of our lungs – leading to cancer.

“Secondly, the soot particles can get lodged deep inside the lungs, causing long-term inflammation, and thirdly this can increase the rate at which cells divide. So if any nearby lung cells pick up random mutations, this inflammation could, theoretically, make them more likely to grow and spread.

“Diesel exhaust may be carcinogenic by a combination of these effects – we know the particles are coated with the PAHs, delivering them deep into the lungs where they get stuck and, potentially, cause damage. I should stress, though, that we don’t know for certain which of these mechanisms is most important in practice.”

Yes, according to Phillips, describing the IARC evaluation process as “thorough, rigorous and independent”.

“The last time IARC looked at diesel fumes was back in the late 1980s, and there’s been a lot more research since then – the strength of the epidemiology has really changed a lot,” he says.

Most of the recent evidence comes from studies looking at cancer rates amongst populations that have high levels of exposure to diesel fumes – for example, miners, railroad workers and truckers.

But the real game-changers, according to Phillips, were two papers published earlier this year in the Journal of the National Cancer Institute. These looked at exposure levels and cancer rates in a population of over 12,000 miners at eight non-metal mines in the US, and found substantially higher lung cancer rates amongst those with the highest exposure.

“These are good, large studies, and consistent with previous findings,” he says – and probably pivotal, he speculates, in IARC’s decision to move diesel exhaust to Category 1.

Who does this affect? And where does diesel fit into the bigger picture?

This is where things start to get complicated.

“The data we have relate to so-called ‘occupational exposure’”, says Phillips, “in other words, people whose jobs bring them into regular contact with high levels of diesel fumes. These people are much easier to study, because their exposure is so strong, and effects are easier to spot. But as a result, it’s harder to generalise as to how this affects the rest of us.”

However, Phillips feels the strength of the effect in people working regularly with diesel fumes is enough to suggest that there will be a smaller impact on people at lower exposure levels – particularly those who live in cities. “The main thing to bear in mind, though, is that the size of the effect is likely to be small compared with things like smoking.”

In fact, estimates suggest that 85 per cent of lung cancers are linked to smoking, making it by far the biggest cause of the disease. Set against this huge figure, the number of cases caused by air pollution is likely to be many times smaller.

Professor Phillips is reluctant to get drawn into discussing the finer detail of air quality and emissions regulations – “something for policy makers, not scientists,” he says. “But the Government needs to look at the current regulations and make sure they’re sufficient – urban air pollution has changed over the last few decades,” he adds.

The contribution to air pollution from diesel exhausts has grown. For example in 1994, just 7.4 per cent of UK vehicles ran on diesel. According to 2011 data from the Department for Transport, that’s now 31 per cent.

“In London, that’s going to include all taxis and most buses,” Phillips points out. This means that spikes in urban pollution levels seen during the UK’s occasional hot days might be cause for measured concern. “The drive towards more diesel has had its benefits, but it also has its costs, and politicians need to balance the environmental, medical and economic implications.”

On an individual level, it’s trickier. “Obviously it’s sensible to minimise your exposure, but this needs to be balanced against the practicality of getting around – diesel is a useful way of powering vehicles, it can be better in terms of carbon emissions, and the risk for most people is going to be pretty small, especially if you don’t live in the city.”

But it’s also important to look at the bigger picture: lung cancer rates are actually on the way down, as smoking prevalence decreases. This again confirms the importance – and dangers – of smoking as the number one cause of lung cancer.

That said, since cancers can take decades to develop, rates can lag behind observed changes in environmental factors like smoking and diesel emissions. So it will be important to keep a close eye on things as smoking rates decline and diesel consumption increases.

What about petrol engines?

Notably, IARC hasn’t reclassified petrol exhaust in the same way – that’s still sitting down in Category 2B, along with coffee, pickled vegetables, and mobile phones as merely ‘possible’ causes of cancer. What’s the difference?

“Petrol exhaust contains similar chemicals to diesel, but petrol engines emit much lower amounts of fine particles,” says Phillips, “so it’s much less able to get stuck in the lungs in the same way as diesel exhaust.”

On top of this, he adds, it’s harder to study exposure to petrol exhaust as it’s so common in society, and finding an ‘unexposed’ group to compare with is harder.

So, in the final analysis, diesel exhaust does cause cancer, but the overall risk to society is low compared to other things like tobacco, excess bodyweight, and alcohol. There’s more info about the causes of cancer, and how you can reduce your risk, in the ‘healthy living’ section of our website (which has a page on air pollution), and – for context – it’s worth revisiting the post and graphic we produced last year, ‘The causes of cancer you can control’, which looks at how different lifestyle and environmental factors are linked to linked to different types of cancer .

I’m surprised you are so relaxed about diesel fumes. According to this study, a high working life exposure to diesel fumes is more carcinogenic than 20 years of 4 hour a day passive smoking, about which you devote several pages of your website – gloating about the smoking ban which has caused so much misery to so many people. It’s this hypocrisy which is beginning to give you a bad name. I stopped my donation when you stopped behaving with integrity. I copy you the email I’m about to send to Lesley Walker, who was quoted by the BBC as having the same double standards.