Is being inactive really ‘as bad as smoking’? 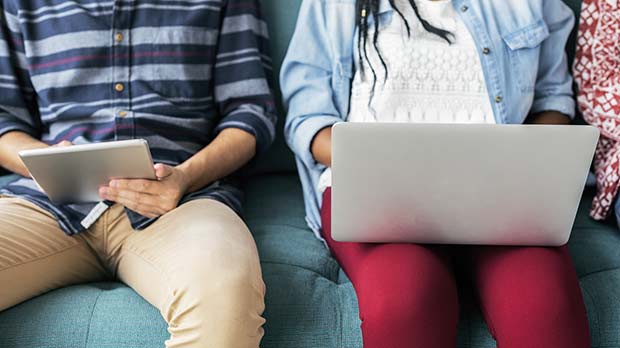 In July, top medical journal The Lancet published a series of articles looking the worldwide health problems caused by people being inactive, in the hope of galvanising action.

The articles contained a bold, eye-catching claim that the worldwide impact was “comparable to the impact of smoking” – some 5 million deaths worldwide.

This was widely reported in the media, with the tabloids taking a characteristically bombastic tone (“You lazy lot!” cried the Daily Express), and other news outlets toeing a similar line.

There’s no doubt that a wide range of what researchers call ‘non-communicable’ diseases – heart disease, type-2 diabetes and, of concern to us at Cancer Research UK, certain types of cancer – become more common the less active a life people lead; nor is it a surprise that many of us lead less-than-perfect lives when it comes to getting enough exercise.

But is comparing inactivity to smoking valid, based on the available evidence? We spoke to Professor Max Parkin, a Cancer Research UK-funded statistician from the Wolfson Institute of Preventative Medicine in London, to get his take on the story.

Professor Parkin was the man behind our landmark study on preventable causes of cancer last year, and an expert in this field.

He felt that, without wanting to detract from urgent need for government action on inactivity, the comparison was an ‘exaggeration’, which could potentially confuse people about the relative importance of different risks to their health.

But before we turn to the latest study, here’s a quick recap of what we already know about inactivity and cancer.

Many large scientific studies have shown that bowel cancer, breast cancer and womb cancer are less common amongst people who are most active. Upping activity levels has the strongest effect on bowel cancer, then on breast cancer, and then womb cancer. (Here’s a more detailed look at the link between inactivity and cancer).

The UK government recommends that:

That doesn’t mean hard exercise, just anything that makes you warm and slightly out of breath. It could be anything from dancing, a speedy walk or a bike ride, to gardening, housework or DIY.

In Professor Parkin’s study, he calculated that physical inactivity was responsible for about 3 or 4 out of every hundred cases of bowel, breast and womb cancers in the UK – that adds up to more than 3,000 cases a year.

What does the new research say?

The latest research attempted to pull together the results of all the main studies on inactivity levels worldwide, estimate how much disease this could potentially lead to, and then calculate how many premature deaths could be avoided if this situation were remedied.

By its very nature, this was going to result in an approximation – much of the worldwide data is patchy, relying on questionnaires rather than direct measurements. Methods vary from study to study. And data is missing for many countries, especially in the developing world.

But when they pulled all the available data together, the researchers calculated that inactivity causes about 9 per cent of all the premature deaths worldwide. This, they calculate, is about 5.3 million of the 57 million deaths worldwide in 2008. And they propose that it includes ten in every hundred breast cancers and bowel cancers – quite a lot higher than Professor Parkin’s estimates.

Despite this, the researchers said they thought this may even be an underestimate. Survey data, they point out, tend to overestimate how active people are. The study only included colon and breast cancers, whereas womb cancer is also linked to inactivity. And they based their global risk calculations on data predominantly from North America and Europe.

But Professor Parkin reckons that bias from such ‘self-reporting’ of inactivity levels isn’t a big issue here. After all, he told us, the risks of inactivity are calculated from studies that also rely on self-report – so the bias should cancel itself out.

In addition, he thinks that the way that the researchers made their estimates almost certainly skews the figures in the opposite direction – and that this outweighs all these other factors.

As is so often the case with such things, the devil is in the detail. In his 2011 study, Professor Parkin calculates the fraction of cancer deaths due to inactivity in a sophisticated way.

Then he calculated how many deaths could be avoided if all those below the minimum recommended activity level increased it to the government’s recommendations, but no higher. This meant a small number of avoidable deaths for the least-deficient group, added to a larger number for the next group, and so on.

This contrasts with what the WHO team did. Using the results of several studies, they calculated the risk of cancer in the least active group of subjects, relative to the most active.

They then assumed that everyone who got less than the 5×30 minutes -a-day threshold could reduce their risk by this amount if they upped their exercise levels. But this isn’t the case – in reality not everyone doing less than the government guidelines is in the ‘least active’ group.

And furthermore, people who get less than the government guidelines, who then start exercising so that they’re in the “most active” group will get a bigger benefit than simply achieving the recommended level and no more.

Given the data they had to work with, this was “perfectly reasonable”, according to Professor Parkin. But it also gave an unrealistic estimate, because their calculated difference in risk – between the most and least active groups – is much bigger than the difference between people who only just missed the 30-minute recommendation and people exactly at that level.

And in any case, many of those in the lowest activity groups would, in practice, never be able to reach the levels of people in the highest group. As Professor Parkin put it, “It’s completely unreasonable to expect 80-year-olds to go careering round the block”.

Here’s a short interview with Professor Parkin, where he expands on these points:

There’s also another thing that concerned us, and that was the interpretation of the report by some sections of the media.

Saying ‘inactivity is as bad as smoking’ might make sense on a global level, where politicians need to decide where to put their money and resources in the effort to improve public health.

But to an individual, inactivity is certainly not worse than smoking.

In the UK, smoking kills five times more people than road accidents, overdoses, murder, suicide and HIV all put together.

That’s emphatically not to play down the benefits of leading an active life. Being active has many benefits, both mental and physical. But amongst smokers, the size of the harm from being inactive is completely dwarfed by the harms of tobacco smoke.

So does that mean the study’s worthless?

Not at all. Although the estimates are on the high side, they point to the fact that there’s a big problem for policymakers to tackle: creating environments that encourage and foster an active lifestyle.

This is something we need to take seriously as a society – a more active population would be healthier for longer; use less fossil fuel; and probably be happier.

Our mission to beat cancer requires fighting on multiple fronts, and we strongly back efforts to improve activity levels – including at the national and global level. But we also want to make sure everyone’s got the full facts about the risks and benefits of different lifestyle choices, and understands the evidence these facts are based on.

Good article. I felt thos story was being slightly twisted by the media