In January 2016, US President Barack Obama announced a new effort to accelerate progress against cancer. Headed up by Obama’s Vice President Joe Biden, The Cancer Moonshot initiative aims to double the rate of new discovery, achieving “a decade’s worth of progress in five years”.

Today, Cancer Research UK is delighted to announce that we’re now the Cancer Moonshot’s first international partner, focusing on an area of huge importance to patients and the public, and one that’s vital to boosting survival: detecting early signs of cancer.

To accelerate research on this critical area, we’ll be supporting the UK part of a ground-breaking collaboration between experts at our own Cancer Research UK Manchester Institute, and those at the University of South California (USC). 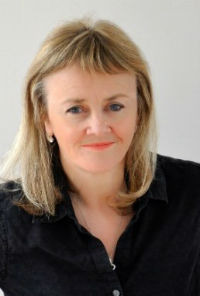 We’re exhilarated by the prospect of this new partnership, and at bringing this exciting new technology to the UK. – Professor Caroline Dive

At our Manchester Institute, Professor Caroline Dive has assembled a world-leading team to study the rare cells that break off from a patient’s tumour and travel through the bloodstream — so-called circulating tumour cells, or CTCs. By collecting and analysing CTCs, researchers can learn more about a patient’s disease — including the faulty genes driving it, whether it’s likely to come back after treatment and if so, how best to subsequently treat it.

But there’s a hitch. CTCs are hard to isolate and study because they are so scarce, and conventional techniques aren’t sensitive enough to use them for clinical decision-making.

On the other side of the Atlantic at USC, Professor Peter Kuhn’s team has developed a game-changing technology, called High-Definition Single Cell Analysis, or HD-SCA, that not only makes studying CTCs vastly more sensitive, it allows them to be analysed in many ways simultaneously.

In essence, rather than trying to isolate and purify these cells from a blood sample, HD-SCA captures the entire contents of a sample onto a specially treated glass slide. This means the sample’s contents can be analysed in exquisite detail, and stored for later analysis.

To bring this technology to the UK for the first time, we’ll be funding Professor Dive’s team to work with Professor Kuhn and his colleagues to set up identical labs in Manchester and USC, with real-time sharing of research data and experimental procedures — principles that we know are central to the Moonshot’s success.

Initially, the two teams plan to focus on blood samples from patients with early-stage lung and bowel cancer who have had their first round of treatment, to identify those who still have traces of cancer and so will relapse. This will give doctors the opportunity to start second-line treatments rapidly. In early-stage lung cancer, as many as 50% of patients relapse after surgery — so identifying them early could boost the chances of successful treatment, while cutting down the anxious wait for scan results. We know this idea, of monitoring what doctors call ‘minimal residual disease’ after treatment, can work as it’s transformed care in blood cancers like leukaemia.

But techniques aren’t yet sensitive enough to be able to monitor patients with ‘solid’ tumours found in lung and bowel cancer.

We hope HD-SCA could change that, and that this pioneering international collaboration will accelerate its development and testing, hastening its transition to routine clinical use, and allowing it to reach patients around the world as quickly as possible.

And there’s even more promise on the horizon: as the teams refine and develop the technology, they eventually hope to use it to try to detect early signs of cancer in otherwise healthy people.

If successful, this could lead to marked improvements in survival and cure.

At Cancer Research UK, we recognise that cancer knows no borders — and so we’re incredibly proud to be at the forefront of international research collaborations like this, and honoured to take part in Vice President Biden’s initiative to end cancer as we know it.