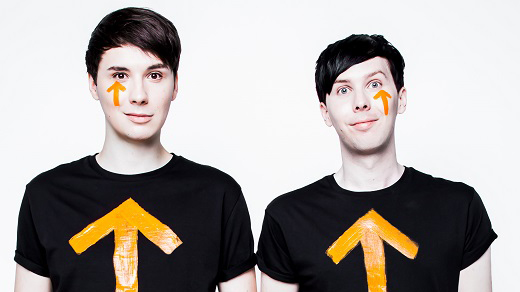 This Autumn, YouTube’s biggest stars will come together once again to raise money for vital cancer research as part of ‘Stand Up To Cancer with YouTube’. Over 1,000 hours, Zoella, Alfie Deyes, Dan and Phil, Caspar Lee, Joe Sugg, Oli White, Louise Sprinkle of Glitter, Marcus Butler, Ali A, Pixiwoo, Spencer FC, Sorted Food, Jim Chapman, Niki and Sammy and many more will get creative in their fundraising efforts to inspire their millions of subscribers and fans to help beat cancer.

“Following on from last year’s hugely successful 12-hour live streamed event, we’re thrilled to be teaming up with YouTube again and all of the brilliant content creators who are using their skills and creativity to help raise money for vital research. Over 1,000 hours, there will be all sorts of wonderful ways to get involved, it’s going to be a lot of fun!” – Claire Rowney, director of Stand Up To Cancer

Kicking off the 1,000 hours of fundraising on Saturday 3 September, Caspar Lee and Joe Sugg will attempt to be totally silent for three hours while provoking each other to shout, giggle, laugh and yelp – all in the name of fundraising.

Ahead of the challenge, Caspar Lee said: “Joe can make me laugh just by looking at me. We know each other so well that all it takes is one raised eyebrow or silly face and we both end up in stitches – I’m genuinely going to find this a big challenge!

Joe Sugg added: “We hope our fans will get involved too by voting for distractions to break our silence as well as making donations to encourage us to stay focused and keep it zipped!”

Other fundraising activities wills see Zoella donate some of her favourite dresses, Marcus Butler compete in Bear Grylls Survival Race and much, much more. Each of the YouTubers will announce their challenges over the coming weeks leading up to a spectacular live-streamed YouTube event on Saturday 15 October.

To celebrate the launch of Stand Up To Cancer with YouTube, photographer Linda Blacker has created a series of portraits of the Creators involved.

Claire Rowney, director of Stand Up To Cancer, said: “We’ve made amazing progress against cancer in the past few decades but one in two of us in the UK will develop cancer in our lifetime so we can’t afford to stand still.

“Following on from last year’s hugely successful 12-hour live streamed event, we’re thrilled to be teaming up with YouTube again and all of the brilliant content creators who are using their skills and creativity to help raise money for vital research. Over 1,000 hours, there will be all sorts of wonderful ways to get involved, it’s going to be a lot of fun! All the money raised will go directly to Stand Up To Cancer’s work to find new cancer treatments for UK patients that will help save more lives.”

Ben McOwen Wilson, YouTube’s Director in EMEA said: “We’re extremely proud to see top YouTube talent coming together and using their sizeable influence to rally support for such an important cause. YouTube stars are celebrities at the cutting-edge of pop culture that inspire and entertain young people on a day-to-day basis. It’s fantastic to see that they are using this influence to drive the next generation of charitable giving.”

Stand Up To Cancer with YouTube is produced by Princess Productions, part of the Endemol Shine Group.

About Stand Up To Cancer (UK)
• Stand Up To Cancer is a joint national fundraising campaign from Cancer Research UK and Channel 4
• Launched in the UK in 2012, Stand Up To Cancer funds translational research, accelerating new cancer treatments and tests to UK patients to ultimately save more lives
• More than £25million has been raised in the UK to date and 26 trials have been funded, involving more than 9,000 cancer patients
• This October Stand Up to Cancer returns to Channel 4 with an unmissable night of live TV
• Teaming up with YouTube for a second year, there will be more fun and games with some of the internet’s best-loved Content Creators. Last year saw Zoella, Joe Sugg, Caspar Lee, Niki’n’Sammy and many more take part in a 12 hour live stream that raised more than £120,000
• Stars such as Naomi Campbell, Noel Gallagher, Nicole Scherzinger, Pharrell Williams, Tom Hardy, Benedict Cumberbatch, Gillian Anderson, Britney Spears, Idris Elba, Andy Murray, Bradley Cooper, Taylor Swift, Martin Freeman, Jamie Oliver, Kathy Burke, Miranda Hart, Paul O’Grady and Richard Ayoade are just some of the talent who supported Stand Up To Cancer
• To find out more about fundraising activities visit Standuptocancer.org.uk or channel4.co.uk/SU2C or follow us on Facebook, Twitter or Instagram

About Endemol Shine UK
Endemol Shine UK is behind a diverse range of hits including Big Brother, Black Mirror, Benidorm, Broadchurch, Deal or No Deal, Fortitude, Grantchester, Humans, Masterchef, Mr. Bean, One Born Every Minute, Peaky Blinders, Pointless, Sunday Brunch, The Fall, The Island, Would I Lie to You?, 8 out of 10 Cats and many more.

The company is part of Endemol Shine Group – the global content creator, producer and distributor with creative operations in over 30 markets, with a portfolio of over 600 revenue generating formats across scripted and non-scripted genres; coupled with digital, gaming, and distribution operations.