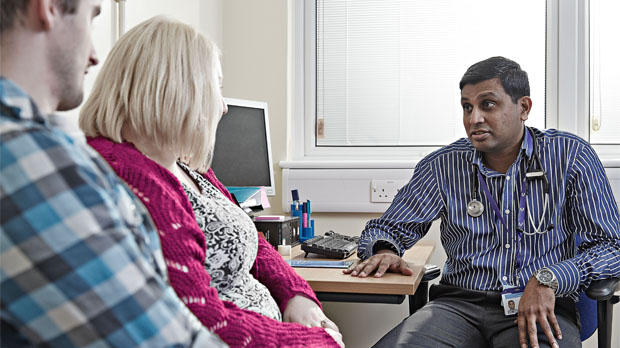 Our health services are better informed than ever about how to prevent, diagnose and treat cancer. And this knowledge has led to more people surviving the disease.

But results could still be better: survival in the UK lags behind the world’s best. And closing this gap will require improvements throughout the UK.

Because each part of the country has its own way of providing healthcare, we’ve been exploring cancer services in Northern Ireland, Scotland and Wales independently. We want to understand how the health service in each nation provides for people with cancer, how they are performing and how they could improve.

We’ve already published our findings on Wales. And yesterday we published our report on Northern Ireland. Here’s what we found, including recommendations for change.

How do patients fare?

It’s a mixed picture. The chances of developing cancer in Northern Ireland are slightly lower than in other parts of the UK, but the number of people dying from cancer as a proportion of the population is higher than the UK average.

Despite this, cancer survival is improving in Northern Ireland. Just over half of patients (54 per cent) now live at least five years after diagnosis. In comparison, five-year survival in the mid-1990s was around 43 per cent.

The bad news is that cancer is affecting a growing number of people in Northern Ireland. In 2005, around 7,300 people were diagnosed with cancer; in 2014 8,900 people were diagnosed. This is partly due to an ageing population, but environmental factors and the way we live our lives – including smoking and the rising challenge of obesity – are also contributing.

And this trend is set to continue: our projection below suggests it won’t be long before there are over 10,000 diagnoses a year in Northern Ireland. So the nation’s cancer services need to be ready for this demand. How are patients diagnosed?

Our report found that there is room for improvement when it comes to diagnosing cancers early in Northern Ireland. Between 2010 and 2014 almost a fifth of cases were diagnosed at a late stage (stage four), at which point the disease is often more difficult to treat.

And we think delays in carrying out tests are contributing to this.

While not all of these people will be diagnosed with cancer, we think some cancer patients are inevitably being failed here.

GPs’ ability to directly refer patients for investigative tests, which the National Institute for Health and Cancer Excellence (NICE) recommends in some circumstances, is also variable in Northern Ireland.

Ultimately, this means that patients are waiting to start treatment. And this can be seen in recent failures to meet waiting-time targets.

The devolved government in Belfast, the Northern Ireland Executive, has a target that 95 per cent of cancer patients should start treatment within 62 days of being urgently referred by a GP. This target has been consistently missed over the last five years, and has fallen further over the last couple of years, as our graphic below shows.

In fact, in the first quarter of 2016, only around 70 per cent of patients began treatment within 62 days. This is simply unacceptable. Are patients getting the right treatments?

For people who are diagnosed with cancer, prompt access to the right treatments is critical. And our research has identified a number of areas for improvement in Northern Ireland.

First, there are data gaps. We don’t know how many people are receiving radiotherapy and chemotherapy in Northern Ireland. This makes it difficult to gauge the pressure on services and whether treatment decisions are following best practice.

Finally, the experts we interviewed for the report expressed concerns about the workforce in cancer treatment, including the skilled professionals needed to carry out surgery, radiotherapy and provide cancer drugs. While each part of Northern Ireland faces different workforce pressures, the supply of oncology and radiology staff was identified as a particular concern.

A strategy for cancer

So, what should be done?

First and foremost, Northern Ireland needs a strategy for how it will tackle cancer over the coming years.

An effective strategy sets direction, helps with investment decisions and plans for the longer term. But it needs to be up-to-date.

Northern Ireland’s most recent plan was published in 2008. A lot has changed since then.

Beyond that, there are a couple of other reasons why now is a good time to reflect and develop a strategy for the coming years.

Secondly, the Executive recently announced plans to change how healthcare is organised in Northern Ireland. A new strategy could plan what this will mean for cancer care.

Within any new strategy, what should be prioritised? Based on our research, we think there are three key actions that could make a real difference:

While our report picks out some key areas that need to be reviewed and improved, action from those in charge of Northern Irish cancer care is needed to really make progress.

The best way to do this would be to develop an ambitious new strategy setting out how Northern Ireland will manage growing demand and continue to improve cancer survival.

We call on leaders in Northern Ireland to commit to developing a comprehensive cancer strategy now.

Leo Ewbank is a policy adviser at Cancer Research UK

Following a routine mammogram April 2015 I was diagnosed with early breast cancer subsequently had a mastectomy. I am now taking hormone therapy. My concern is, that in Antrim hospital maybe other centres? There is no follow up. If I wish to see a breast nurse or have any queries they will see me. However, it should not be up to the patient. An annual review should be a matter of course. No continuing advice. I agree that a detailed audit of cancer professionals would be appropriate.