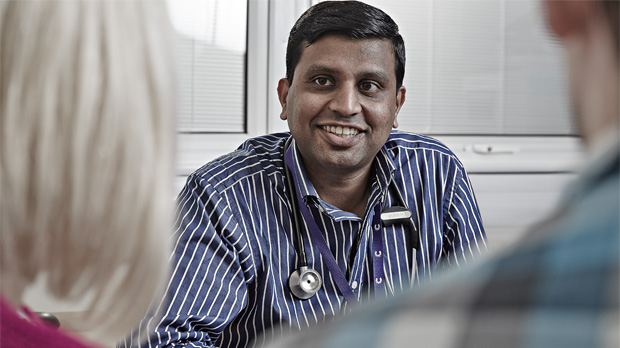 This entry is part 11 of 11 in the series Radiotherapy

So far in this new series we’ve heard from Kim, a therapy radiographer who is helping run one of our clinical trials, and Cora, who took part in the research. In this instalment, we hear from Dr Omar Al-Salihi, an oncologist at Guy’s and St Thomas’ NHS Foundation Trust in London, who headed the trial in Southampton and is treating patients involved.

I kick myself out of bed in the morning knowing that each working day will be different.

I’m part of a team that treats rare tumours including childhood cancers, adult brain tumours and sarcomas (tumours of muscles and bones). The rarity of these tumours, together with the complexity of their locations in the body, means that great care is required in planning the delivery of radiotherapy as part of the treatments.

For sarcomas of the limbs, surgery and radiotherapy can cure the disease. Before or after surgery, radiotherapy is used to reduce the risk that the tumour will come back around the area it was removed from, where this risk is highest. 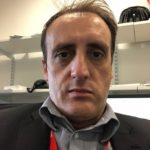 Radiotherapy plays an important part in curing patients, but can also come with longer-term side effects, like limb swelling and increased risk of bone fractures. There is also a very small risk of second cancers caused by the radiotherapy itself (you can read more about this here).

All these unwanted effects arise as a result of healthy tissues receiving unintended doses of radiation that can’t be avoided completely. We have become much better at reducing the exposure of these tissues over the years with the use of more modern radiotherapy machines, such as linear accelerators, backed up by powerful computers that allow fine-tuning of the treatment. Clinical trials have been vital in making this progress, continually moving the field forward, improving treatment and empowering patients.

This is where the IMRiS trial comes in!

From a team, for the individual

We have all been very lucky to be part of this nationwide radiotherapy trial. IMRiS aims to use highly advanced radiotherapy techniques to allow more accurate ‘sculpting’ of radiation dose around the tumour while avoiding healthy surrounding tissue, such as bones and joints, as much as possible.

For patients enrolled in this study, we hope that cure rates will be as good as or even better than previously recorded using standard radiotherapy treatment. But we also hope that people’s limb function will be better in the long term, as well as seeing fewer of the other unwanted effects from the radiotherapy.

Before moving to London I was heading the IMRiS team at Southampton General Hospital. We have all found this study incredibly fulfilling, from the early days after it was first set up and meeting with other researchers, to the ongoing recruitment of patients into the trial. We have worked as a team – doctors, radiographers, physicists and technicians – to ensure that each individual patient gets the best treatment plan for them. Moreover, the enthusiasm of our patients to be part of this study, even though it inevitably means they have to give up more of their time, particularly in the follow-up process, has been incredibly humbling for all of us! By being part of this study, we have worked closer as a team to give our patients the most novel, technically advanced treatments for their cancers.

We hope it has also empowered our patients to be part of something exciting and new that will further our ability to give people the best possible treatments.

Thank you, Omar, for all your work on the IMRi S research. This is such as important piece of work for patients as they will benefit from more accurate treatment and hopefully less damaging long term side effects.