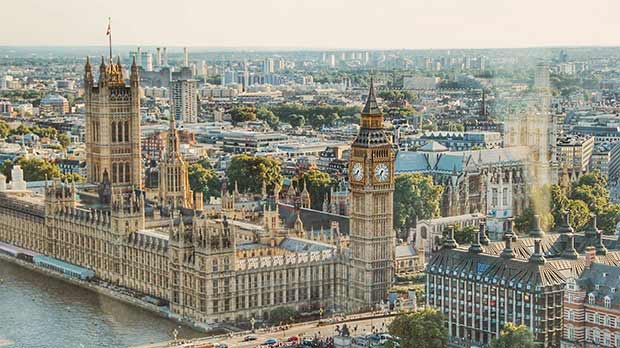 After months of speculation, the Government has launched its updated childhood obesity plan.

We were critical of the first attempt, which was launched 2 years ago. But Steve Brine, the Public Health Minister, has said that the first part was meant to be the “start of the conversation, not the final word”.

So, how’s the conversation going?

The updated plan includes a bold ambition to halve childhood obesity by 2030. Around 60 cancers a day are diagnosed in the UK due to excess weight in adulthood. And overweight children are 5 times more likely to be overweight as adults. So, cutting childhood obesity could have a big impact on cancer rates in the future.

The Government says it will do this in many ways, most importantly through tackling how junk food is marketed at children and families.

We congratulate the Government on putting forward this bold plan, demonstrating its commitment to address one of the most significant health challenges of our time. Once implemented following the consultation, the proposed restrictions on junk food advertising will make an enormous impact on childhood obesity rates

Proposed measures include a potential ban on junk food adverts before the 9pm watershed with similar protections online and a ban on promotions for foods high in fat, salt or sugar in stores.

These are issues we’ve been campaigning on for a long time across the UK, and their inclusion shows that Government has been listening.

There’s already a ban on junk food ads on TV programmes made specifically for children. But almost three-quarters of children’s viewing time doesn’t fall under those rules, including peak-time family entertainment shows such as Britain’s Got Talent.

The same is true of popular websites and social media platforms. The new plan shows that Government recognises this, and we think it’s vital that changes in children’s media habits are being accounted for.

It’s also encouraging that the strength of ‘pester power’ is being acknowledged through a commitment to remove buy one, get one free and other offers on junk food in supermarkets. Displays of sweets and other junk food at checkouts are also proposed to be banned, again protecting kids from eye-level marketing.

What has happened in the last 2 years?

In 2016, we launched our campaign to tackle childhood obesity through a ban on junk food adverts on TV before the 9pm watershed.

Back then David Cameron was Prime Minister, and his team showed interest in reducing childhood obesity, so we were confident there would be a Government strategy shortly.

But in July 2016 Cameron resigned and Theresa May became Prime Minister. Then during August when many people (including the Government) were on holiday, the first Childhood Obesity Plan was published.

We were very disappointed.

The plan wasn’t as bold as promised and many called it a missed opportunity to tackle the country’s biggest public health challenge after smoking.

Since then, we’ve been maintaining the pressure on the Government, with the support of almost 4000 members of the public.

Fast forward 2 years and the updated plan is much stronger.

The battle isn’t over just yet

The 9pm watershed isn’t a done deal. Government will gather opinions from the public, health bodies, food and drinks and advertising industries, and on what the ban should look like, before the end of the year. So now is our chance to tell the Government exactly what we would like to see.

We know there will be a big push back from industry, but the evidence is strong. Reducing the number of adverts and discounts children see for unhealthy foods will give parents and families greater control of their diets.

We need to maintain public and parliamentary pressure for the foreseeable future to make sure these measures don’t get watered down or forgotten.

So, while we welcome the intention to introduce a bold set of measures to address the obesity epidemic, it must be followed up with action.

It’s a daunting task but like so many things you’ve got to try and eradicate the problem at source which I know is easier said than done. Unfortunately many politicians are weak and few would be really willing to take on the giants in the food and drink industry. Statements like halving childhood obesity by 50% by 2030 is almost criminal – it needs to be brought forward to 2020 and 75%. It’s time to act now, not tomorrow or next week it must be NOW.

Perhaps taking away the free bus travel – the kids travel one stop just to fill up on fried chicken lunchtime, and on way home too! Stopping the wholesale sale of school playing fields might be common sense options.

Get children learning a sport or dance, it will also give them a skill for life.

Confectionery needs to be removed from areas where people queue to pay. It is purposely displayed in piles to tempt people especially children. Many kids have far too many sweets 🍫 🍭 now.