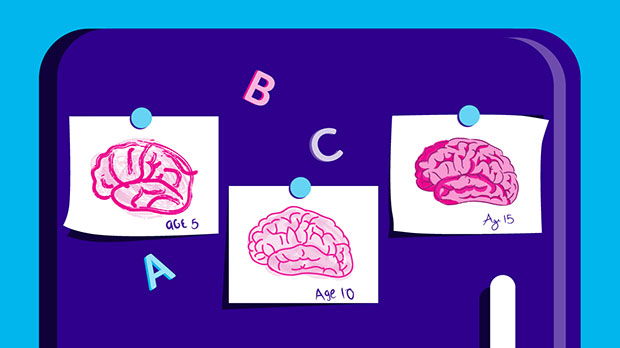 In a 6-part series, we’re exploring the major challenges that are holding back progress in the field of brain tumour research. This final instalment focuses on why researchers are working towards treatments that are not only more effective, but also kinder.

Having been diagnosed with a brain tumour when I was 18, this topic strikes a strong personal chord with me.

For those of us whose initial treatment has been a success, we must live with the side effects of treatment for years to come.

For me, there’s the question of fertility: has the radiotherapy that may have saved my life also taken its pound of flesh in my ability to have children? There are the patches of baldness, thankfully hidden beneath my thick hair, caused by the radiotherapy beams. And the numbness to the back of my head that, while not life-changing, is a constant reminder that I’m waiting to see if the tumour will return.

And I’m one of the lucky ones.

Many people have worse side effects from their treatments. And that’s why Cancer Research UK is calling for scientists, as part of our new Brain Tumour Awards, to develop treatments that are not only better, but kinder too.

One of the biggest challenges for researchers studying brain tumours is the nature of the brain.

Controlling our thoughts and memories, along with our ability to move and breathe, it’s a highly delicate structure and damage to the healthy cells can have severe consequences. This is particularly true for children or young adults treated for brain tumours, but extends to adults too.

Professor Richard Grundy, a Cancer Research UK-funded scientist who specialises in children’s brain tumours, says it’s a balancing act to try and completely get rid of a tumour while minimising the unwanted effects of treatment.

“When you’re treating such an eloquent structure, like the brain, the treatments we are using can have can have a big impact on way it works,” Grundy says.

While the number of children that get brain tumours is relatively small, the impact is huge

Unlike the breast or bowel for example, where doctors can err on the side of caution and remove extra tissue during surgery, or treat a wider area using radiotherapy, doing this to the brain can cause long-term side effects.

One of these side effects is damage to the way the brain works, which can lead to problems such as memory loss and changes to a person’s ability to process information, as well as their awareness of their surroundings.

It’s these effects that I find to be the worst, and can be hard to explain. It’s not something that people can see, like a scar. Grundy says looking at the way these treatments affect the quality of life of those of us who have survived is crucial.

Understanding side effects in clinical trials

One way researchers could address the impact, says Grundy, is making the analysis of long-term side effects part of childhood cancer clinical trials.

“We need to build in assessment for how damaging current and new treatments are, which will lead us on to ways to address these side effects,” he says.

But there is a stumbling block. The number of young people who get brain tumours, thankfully, is relatively small. But this creates a challenge for researchers, who need lots of data to work out what the range of long-term side effects could be, and how to reduce them.

This is where an international approach may be needed. By working across borders, researchers can study more people with the same disease.

The PNET-5 trial, for example, is investigating whether some young people with medulloblastoma could be treated with lower doses of radiotherapy, and involves patients from France, Germany, Czech Republic and the UK, to name a few.

Grundy says this is a step forward, but more needs to be done.

“It’s a good start, but PNET-5 only looks at medulloblastoma, which is one of many types of brain tumour,” he adds. “We need to achieve the same principle across the other cancerous brain tumours.”

A third prong of attack is making treatments more targeted – both to the broad tumour type, but also to the individual patient’s tumour.

For example, our researchers in Edinburgh are developing tiny metal implants made from palladium, which they hope could make chemotherapy more precise, and therefore more effective.

One way that doctors try to deal with the rogue tumour cells left behind after surgery is chemotherapy, often with the drug temozolomide. But chemotherapy drugs indiscriminately target fast-growing cells in the body, not just cancer cells. They can therefore cause serious side effects that limit how much of the drug can be given, which limits their effectiveness.

By modifying temozolomide so that it’s only ‘switched on’ when it meets the palladium bead brain implants, the Edinburgh team hope to avoid the unwanted harm to healthy cells in the body.

Hope for the future

These examples illustrate the challenges researchers face when trying to make treatments kinder for people with brain tumours. And Grundy stresses that this extends beyond the purely scientific and logistical hurdles ahead.

“One of the reasons we’re struggling is that research funding has been hard to get because of the number of questions there are,” he says. “It’s easy to go around in circles trying to define the problem, before you even begin to address it. But if you don’t start you make no progress.”

That’s why Cancer Research UK has made brain tumours one of our top priorities, boosting our spend in this area and setting up new funding opportunities like this one. In doing so, we hope to tackle some of the greatest challenges holding back progress, including developing gentler treatments.

And so those of us with a brain tumour can take hope in the fact that this problem has been identified, and that steps are being made so that treatments we may need in the future will have improved from those we had in the past.

“As an oncologist you have to offer hope. You need to identify the challenge, and then work on a way to tackle it, and that’s what we’re doing,” says Grundy.

“There’s been little research to measure the damage done by current treatments, so it’s encouraging to see research funding like the Brain Tumour Awards being raised to tackle the problems around making treatments not just better, but kinder too.”

I had grade 4 brain Tumour removed and then been on this treatment. Thankyou hoping it works x

You say “One way researchers could address the impact, says Grundy, is making the analysis of long-term side effects part of childhood cancer clinical trials.”
I say it is all age groups not just those in childhood. Adults make a huge contribution to society in so many ways, as taxpayers, as parents, etc

My husband died in 2011 from a brain tumour. Most of his working life was spent in front of a screen,he was writing software. Many times I noticed that his head would get hot and red. I am sure that this could be a factor in brain tumours.

I think you are doing an amazing job. My brother in law had survived two lots of brain surgery on his tumours, although they will never get rid of them all he is still living the dream his words.