Should alcohol marketing be dropped from televised sport? 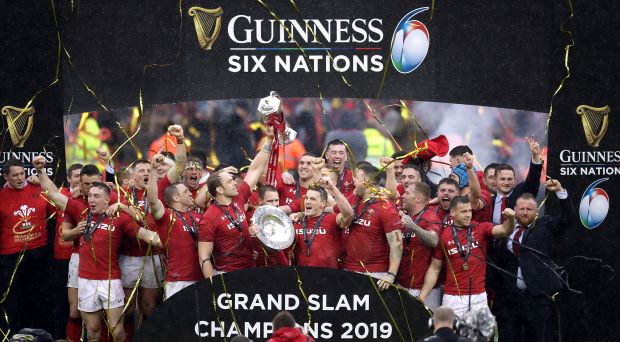 If you were one of those millions, you might remember over the competition Jonny May scored an impressive 6 tries or a controversial decision from a ref. But do you remember who sponsored the event?

For many, it would be hard to miss. Not only was the tournament branded the ‘Guinness Six Nations’, the alcohol company’s logo was everywhere from corner flags to steward’s uniforms.

While most will have had their eyes glued to the action, Guinness imagery made 3,415 appearances during the tournament and was on screen for 16% of total active play time, according to new research.

And it’s not just rugby fans that are encouraged to drink, Heineken are ubiquitous with the Euros, Asahi were spotted at the Tokyo 2020 Olympics and Heineken and Johnnie Walker branding appear during F1.

With alcohol causing 7 types of cancer, the abundance of alcohol advertising at sporting events is concerning.

A big concern is that alcohol adverts often appeal to those that are underage. As a result, rules have been introduced restricting commercial advertising of alcohol and alcohol content on TV, radio and social media.

However, despite existing regulation, a report from the Institute of Alcohol Studies shows that under 18s still have good recollection of various alcohol marketing campaigns, which is a concern as exposure to alcohol advertising is associated with starting to drink and subsequent use by adolescents.

One area that seems to have slipped entirely through the regulatory net is alcohol advertising during televised sporting events.

Dr Alex Barker, a research fellow at the University of Nottingham, is an expert in analysing visual alcohol content in media and estimating people’s exposure.

His research, which investigates the tobacco and alcohol content in popular media, and subsequent exposure to advertising asks, aims to determine if current guidelines and regulations on tobacco and alcohol in the media are enough to protect children and teenagers from consuming them.

This year his lab published research looking at the general population’s exposure to Guinness branded alcohol marketing, during the 2019 Six Nations Championship.

While three quarters of the competition’s audience may be adults, sports programmes on TV are very popular with children and young people.

Barker told us that to conduct this research, his team recorded the TV coverage of all 15 matches within the Six Nations and timed the appearances of the ‘Guinness’ brand. This content was then analysed for how many times the brand appeared in each game.

“We found that of the 3,415 appearances of the Guinness logo, across the 15 games, Guinness imagery was present for 3 hours and 47 minutes, which equates to 16% of total active play time,” says Baker.

“The appearance of the brand might be surprising to some,” he continues, “expecting it to be only the superimposed Guinness logo on the centre of the pitch. But it was also visible on flag posts, sponsor walls behind shots of players, goal posts, stewards’ uniforms and billboards on display in seating areas in the stadium.”

He concludes that this level of alcohol advertising exposure, “has the potential to increase underage drinking in young people.”

Barker believes restrictions on alcohol advertising – including sponsorship activity – during sports are desperately needed to protect young people. An independent regulatory body, such as Ofcom, could take on that role of regulating alcohol sports sponsorship marketing content.

“Knowing what I know about children and young people’s appetite to watch sport, and how persuasive alcohol marketing can be without the viewer even realising, I urge regulators such as Ofcom to be proactive and tighten up regulation to protect our nation’s children,” says Barker.

“There is a massive gap currently in the regulation, which must be urgently addressed.”

And we’re with him. It’s time for governments across the UK to introduce and effectively police comprehensive restrictions on alcohol advertising across multiple media platforms, including restrictions on sponsorships and activities targeting young people. Reducing people’s exposure to alcohol marketing.

This combined with Minimum Unit Pricing for alcohol, which has already been introduced in Scotland and Wales and is due in Northern Ireland shortly, will help reduce the pressure on people to drink.