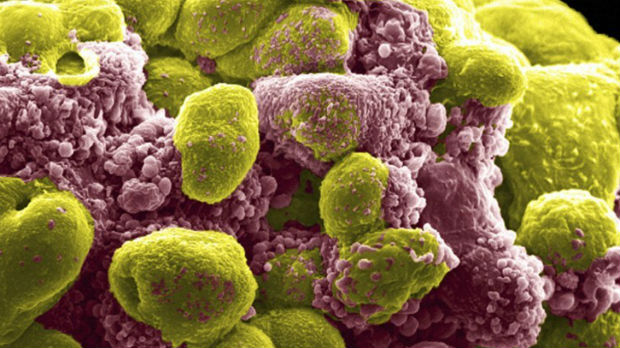 “Today’s results are the first study of intensified hormone therapy in this group,” Professor Nick James, chief investigator of the STAMPEDE trial

The latest findings from the STAMPEDE trial, funded by Cancer Research UK and MRC, were presented today at the European Society for Medical Oncology (ESMO) conference.

December 2021 update: The STAMPEDE trial results were published in The Lancet, showing that adding abiraterone to standard treatment could halve risk of death for patients with high-risk prostate cancer.

The combo is now being considered as an option on the NHS in England for this group of patients based on these findings.

According to ESMO, around 2 in 10 prostate cancers that haven’t spread are considered ‘high risk’, meaning they’re more likely to grow or spread within a few years. Current treatment for men with this type of prostate cancer is a type of hormone therapy known as androgen deprivation therapy. Some men will also have radiotherapy.

As part of STAMPEDE, researchers tested if adding additional hormone therapies – either abiraterone or abiraterone and enzalutamide – could delay cancer spread and improve for these men.

Abiraterone works in a different way to other hormone therapies, blocking the production of testosterone rather than blocking its effects.

Cancer Research UK played a vital role in the drug’s development, funding the ‘first-in-human’ trial that set the scene for its progression through to routine use on the NHS.

Read more about the birth of abiraterone

988 men were randomised to receive the current standard of care, while 986 men had standard treatment plus abiraterone for 2 years. Of those in the abiraterone group, 527 men also received enzalutamide.

After 6 years, 82% of men taking abiraterone hadn’t seen their cancer spread, compared with 69% of those who were having standard treatment.

Professor Gert Attard, lead author and urological cancer expert at University College London, said the results were excellent news for patients. “This translates into a very significant improvement in life expectancy for men with high-risk prostate cancer that’s not spread beyond the prostate on conventional imaging.”

Attard noted that more information was needed on the optimal length of abiraterone therapy. “We did not study different duration of treatment, so administering abiraterone for a shorter time may be equivalent and longer may be even more effective.”

These are the latest in a string of findings to come out of the STAMPEDE trial, which has been running since 2005.

“STAMPEDE is a practice changing trial that continues to make great strides in changing prostate cancer research and treatment. The depth and breadth of the trial has allowed us to examine aspects of care not studied in more focused trials,” said Professor Nick James, a prostate and bladder cancer specialist at the Institute of Cancer Research London and STAMPEDE’s chief investigator.

“Today’s results are the first study of intensified hormone therapy in this group. We are in active discussions with NHS England about how these findings can be implemented.”

“I wanted to give something back” 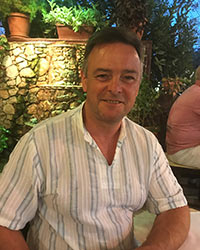 When Ken was diagnosed with prostate cancer in January 2015, it was a complete shock.
He had known for months that something was wrong – he had been getting up 6 or 7 times a night to go to the toilet. But he wasn’t expecting the doctor to use the word cancer. “It came as a real blow.”

His referral to an oncologist changed all that. “The staff were amazing, I was immediately put at ease and all my fears were allayed.”

Ken was prescribed radiotherapy. And despite being told his cancer was aggressive there was good news – it hadn’t spread.

“One of the biggest problems when you get a diagnosis like that is the unknown. Cancer is no respecter of age, gender or position and the uncertainty of it all can play havoc with your mind, but the staff at the hospital made it easy for me to cope.”

Meanwhile Ken was offered the chance to take part in the STAMPEDE trial. He didn’t hesitate and found, at the heart of his treatment, was a group of people who would be with him all the way.

My treatment would not have happened but for someone before me taking part in a clinical trial, so I just wanted to give something back.

“I was prescribed hormone treatment in tablet form in order to shrink the tumour, which was replaced with hormone injections after a few weeks.

Five years down the line, Ken is enjoying life. He continues to be monitored and has been able to have phone consultations every three to six months throughout COVID-19.

Findings from other prostate cancer trials were also presented at ESMO, including the PEACE-1 trial, which tested new combinations of existing treatments for men with prostate cancer that’s spread to other parts of the body.

But question marks have remained over whether using all 3 would provide extra benefits.

In results presented at ESMO, PEACE-1 found that using all 3 drugs upfront is better than the 2-drug combo. In men with prostate cancer that’s spread to more sites around the body (high burden) the trio delayed cancer growth by around 2.5 years and prolonged survival for approximately 18 months.

Study author Professor Karim Fizazi, from the University of Paris-Saclay, said PEACE-1 was the first trial to establish that triplet treatment should be offered to men with the most aggressive cancers. “Moreover, additional side effects with the triplet combination were mostly mild, with very few severe side-effects.”

Fizazi noted that more follow-up is required in men with low-burden disease to assess whether there are any survival benefits.