NHS ‘understaffed and underequipped’ to tackle cancer, say 3 in 4 people 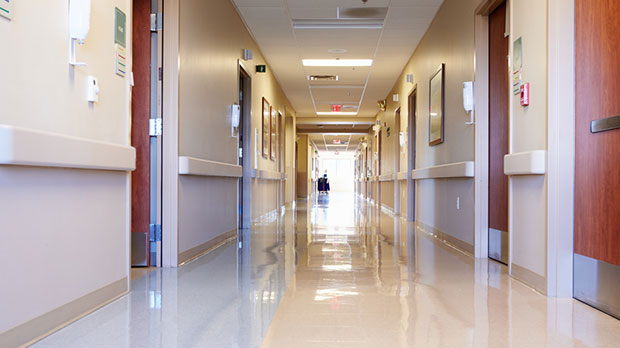 A new poll, carried out by YouGov for Cancer Research UK, has revealed that three quarters of the UK public think the NHS is understaffed and underequipped to tackle cancer.

The Cancer Awareness Measure, which surveyed almost 2,500 people in February 2022, found that 75% of people didn’t think the NHS was sufficiently equipped to see, test and treat everyone that needed it.

76% of respondents who have had cancers, and 80% of people who’ve known someone affected by cancer also said they think the NHS doesn’t have the resources needed to meet the demand.

NHS England aims to diagnose and start treatment for 85% of cancer patients within 62 days of an urgent referral from their GP. However, this target has been missed since 2015, and as of March 2022 it was well below target at just 67.4%, with pressure on diagnostic services being a key reason for missed targets.

More positively, record numbers of people are being referred for cancer tests.

At the end of March 2022, there were 14 times more patients waiting six weeks or more for key diagnostic tests in England compared with March 2019, despite the tireless work of NHS staff.

According to the British Medical Associations’ staffing report, the medical workforce in England is currently short of approximately 49,000 full-time equivalent doctors.

In addition, the results of a recent NHS Staff Survey, less than a third of respondents working in the NHS felt that there are currently enough staff in their organisations for them to do their jobs properly. At 27.2%, this result has declined by 11 percentage points over the last year.

Professor Charles Swanton, our chief clinician, said: “I would argue NHS staff are motivated by wanting to help people, but right now, there simply isn’t the time for them to develop those invaluable patient relationships. Although exacerbated by the COVID-19 pandemic, issues of understaffing have been years in the making. For instance, according to a BMA report, the UK is short of 49,000 doctors relative to the average number of doctors per head of the population in OECD countries.” Amy Gray (left) with her mum Jayne, who died of a rare type of bladder cancer last year

For Amy Gray, whose mum Jayne died of a rare type of bladder cancer last year, these statistics are no surprise at all.

Jayne, a head teacher from East Leicestershire, was first diagnosed with bladder cancer in 2005. Despite a history of struggling with the disease, when she had abdominal pain in spring 2021, it still took two months for the cancer to be diagnosed.

Her rare bladder cancer had come back, and Jayne was rushed to A&E, where she was fitted with two nephrostomy bags, because her kidneys were failing.

During her mum’s time in and out of hospital, Amy experienced the strain on the NHS first-hand. While Jayne was hospitalised, Amy would ring the ward every day to get an update from staff, but even Jayne herself was struggling to get hold of busy nurses and doctors.

“There was one occasion when she needed her nephrostomy bag to be emptied, but despite ringing her buzzer, no one was available and the contents spilled onto the floor, which was so humiliating for her,” Amy said.

“One time, they spotted a blood clot on a scan and, when she was waiting to find out what the next steps were, there weren’t enough seats in the waiting area. So, I had to fashion a reclined seat on a bench outside for her, because it was too painful for her to sit or stand.

When Jayne was discharged after her initial six-week stint in hospital at the start of her treatment, Amy chose to pause her PhD and become a full-time carer for her.

“I’ve had to change the alarm sound on my phone because it still gives me anxiety,” Amy said.

Jayne was going through cancer treatment during the pandemic, but Amy says, although some staff were off sick or re-deployed, blaming the staff and equipment shortages on COVID-19 is an “easy get out”.

“For my mum and me, the issues of understaffing and lack of equipment were confounded by the pandemic but not caused by it – they’re symptoms of years of chronic underfunding and under-resourcing,” Amy said.

It’s been around six months since Amy lost her mum, and it’s still a struggle for her to get any kind of closure.

“At times, I felt like a kettle boiling over, but there was nowhere to let out the steam,” she said.

“I wanted to be angry, but it was so hard to know who to be angry at, so I still have a lot of undirected feelings. It’s impossible to know for certain if my mum would still be here if she had been diagnosed faster and received more efficient care, but it’s a question that weighs heavy on my mind.

“All I know is I want things to change so that no one has to go through what my mum and my family had to go through.”

Tackling the root cause

To address the current lack of resources within the NHS, we need to see robust and comprehensive cancer strategies in all four UK nations.

In England, as the publication of the Health Secretary’s long-awaited 10-Year Cancer Plan for cancer approaches, the Government must create an ambitious plan that works for all.

This is a pivotal opportunity to tackle chronic workforce shortages by committing to the right level of funding and accountability so that NHS staff are no longer overworked, and patients get the care they need.

“The sad truth is that without action, NHS staff will remain under immense pressure, and stories like Amy’s will become all too common,” Mitchell added.

“Sajid Javid’s upcoming 10-Year Plan is the perfect opportunity to address these long-term issues and bring the UK’s cancer outcomes in line with similar countries around the world. We need a cancer plan that works for all with the right level of investment and accountability, so we can give people affected by cancer the best outcomes possible – because the best is exactly what they deserve.”

Amy’s testimony is based on her mum’s own lived experience. If you have signs or symptoms of cancer, or anything you are worried about, see your GP, and persevere to get an appointment.

Alternatively, if you or someone close to you have been affected by cancer and you’ve got questions, you can call the CRUK nurses confidentially on freephone 0808 800 4040, Monday – Friday, 9am-5pm.