Communicating the results of cervical screening – room for improvement? 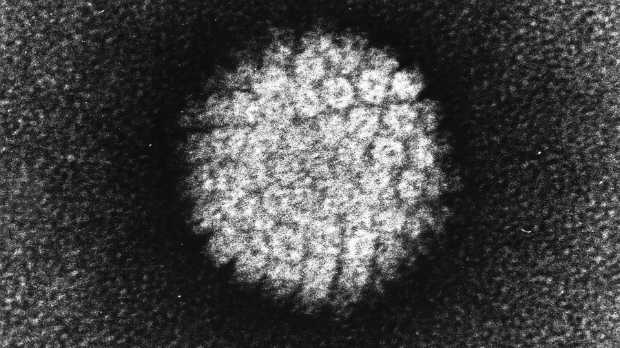 The human papillomavirus can cause cervical cancer http://commons.wikimedia.org/wiki/File:Papilloma_virus_(hpv).jpg?uselang=en-gb

According to reports, the death of Jade Goody from cervical cancer has made many more women aware that cervical screening is one of the best ways to reduce the risk of getting the disease. The screening test is designed to detect small changes that happen before cancer develops, and these changes can then be treated.

But cervical screening can cause worry. For a start, many women are apprehensive about the test itself, which can be uncomfortable. And receiving an abnormal result can be alarming or confusing. So it’s important that health professionals explain the process and the results of the test as clearly as they can.

Unfortunately, the way cervical screening results are given to women isn’t always perfect. That’s why Cancer Research UK has funded Dr Joan Austoker and her team at the Cancer Research UK Primary Care Education Research Group to investigate the process and to find out what could be done to improve it.

Cervical screening – what do the results mean?

It’s important to emphasise that cervical screening is designed to detect pre-cancerous changes, not cancer itself. So an abnormal result does not mean cancer has been found – just that some changes have been detected. These changes can usually be easily treated, helping to prevent cancer from developing at all. But how does the health service tell a woman that she has an abnormal test result?

To find out, Dr Austoker and her team interviewed 38 women from England who had recently been for cervical screening, including five who had had follow-up appointments to investigate changes that had been found.

Publishing their results in the journal Quality and Safety in Health Care, the researchers found that the way results were given varied from place to place, even though the screening programme is a national initiative.

Inconsistent information
According to the screening programme’s guidelines, women should receive their result in writing. But this did not always happen. One woman said,

The researchers also found that women often felt “panicked” and “ill-informed” after being told they had an abnormal test result. This was partly because some women were worried they had cancer – they were not aware that the test is meant to detect early cell changes and not cancer itself. Women with abnormal results should receive an NHS leaflet called “What Your Abnormal Result Means” – but the study found that some did not. One woman said,

“I’d got questions… I couldn’t voice because I didn’t know what the questions were, but I was just so apprehensive.”

Other women had similar concerns that their GPs did not always explain results well enough. One said,

“…there is a need …of a back-up intermediary a bit like NHS Direct that you can phone up and… just talk to …somebody that could support you through it.”

More worryingly, some women who took part in the study had been given conflicting screening results – for example one was told her result was normal, only to receive a letter three weeks later saying that in fact it was abnormal. This mistake occurred because the woman had been told the results of a previous test over the phone, and later received her most recent test result in writing.

Another issue was the way in which tests are followed up over time. Women who’d had more than one test result didn’t feel they understood how any changes that were found might progress in the future. One said,

“…you don’t… put it into any kind of perspective. ‘Oh this is really, really urgent’ or ‘I should get this done really, really soon because my levels are higher this year than they were last year.’ It’s just kind of like ‘Oh right, another test.’”

What does this study mean for cervical screening?
The authors say that research in the UK and in other countries has shown that women need extra information about the meaning of their test results. They also point out that the introduction of the cervical cancer vaccine will complicate the issue and mean that the need for clear information about screening and its benefits is even greater.

To improve communication of cervical screening results, the authors say that it’s vital women receive the up-to-date NHS leaflets designed to answer their questions. Although women taking part in the screening programme should receive these, this study shows they sometimes do not.

The authors of the study also suggest that women could be provided with diagrams showing how changes in the cervix can progress over time, and that there should be access to an ‘intermediary’ to explain the issues to women who have questions.

Dr Austoker’s study shows that there are improvements that could be made to the information given to women when they receive their cervical screening test results. Clearer communication should benefit not only the individual women involved, but also the screening programme itself.

If you would like more information, or have any concerns about cervical screening, then please contact our Cancer Information Nurses.