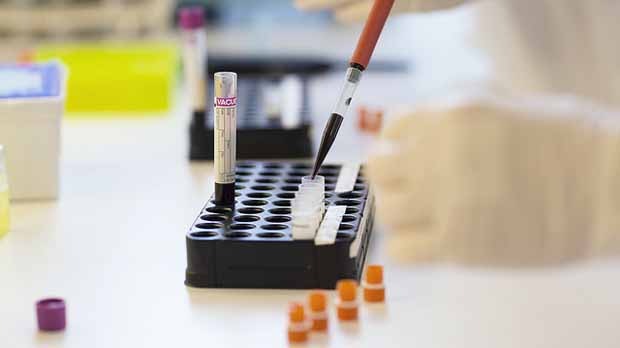 A discovery by UK researchers could lead to a better way to predict the risk of acute myeloid leukaemia (AML) returning after chemotherapy.

“It’s an elegant demonstration of how understanding the molecular make-up of leukaemia leads to clues about how to optimise treatment for patients.” – Professor Peter Johnson, Cancer Research UK

By studying patients’ blood samples, the researchers showed that the presence of leukaemia cells after initial chemotherapy could predict how well a patient subsequently fared, according to the study in the New England Journal of Medicine.

Acute myeloid leukaemia is the most common form of acute leukaemia in adults. A similar test, known as the ‘minimal residual disease’ test was introduced a decade ago for the most common childhood form the disease (acute lymphoblastic leukaemia), revolutionising care.

The new discovery is the first time it has shown promise in the most common adult form.

In AML, the best chance of a cure involves intensive chemotherapy, but the disease often comes back or ‘relapses’ after initial treatment.

Patients at high risk of relapse can be treated with a stem cell transplant.

Current methods of identifying those likely to relapse rely on looking for particular genetic markers in patients at the start of treatment. But these are “inadequate”, according to Professor David Grimwade, who led the research from Guy’s and St Thomas’ and King’s College London.

Dr Robert Hills, from the Haematology Clinical Trials Unit, based in Cardiff, who coordinated the trial and data collection, said the finding “offers a new insight into acute myeloid leukameia.”

“What we have been able to identify is a group of patients who otherwise would be thought to do quite well, who in fact have a very poor prognosis, and who are not well served currently,” he said.

The study looked at samples from 346 AML patients from across the UK, Denmark and New Zealand, who had undergone two cycles of chemotherapy, and who were deemed to be at ‘standard’ risk of relapse using conventional tests.

All had a common sub-type of AML, where the cancer cells carry faults in a gene called NPM1, and which accounts for a third of all cases.

Detection of the NPM1 gene in patients’ blood after chemotherapy indicated a greater risk of their disease returning: 82 per cent of patients with traces of NPM1 in a blood sample had relapsed within three years.

In contrast, just 30 per cent of patients who had no detectable NPM1 in their blood cells went on to relapse within that time.

“While this idea will need to be confirmed in further trials, it’s an elegant demonstration of how understanding the molecular make-up of leukaemia leads to clues about how to optimise treatment for patients.”