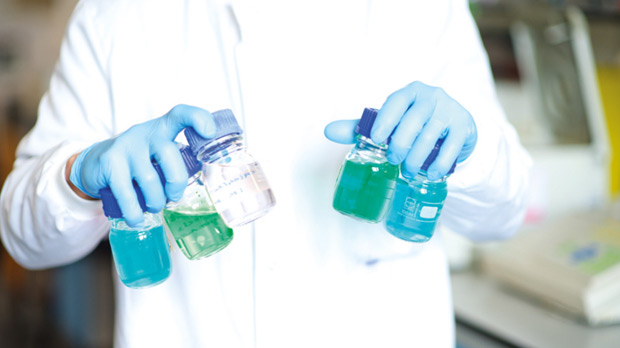 More than 352,000* people are diagnosed with cancer in the UK each year – a 12 per cent** increase in the rate since the mid-nineties, according to new figures released by Cancer Research UK.

“The most important is to not smoke. Most people know smoking causes lung cancer, but it’s also linked to at least 13 other types.” – Professor Peter Johnson, Cancer Research UK

While the chances of getting cancer have risen the chances of surviving the disease have also climbed. Survival has doubled over the last 40 years thanks to better treatments, more accurate tests, earlier diagnosis and screening programmes.

And cancer death rates in the UK have fallen by nearly ten per cent over 10 years according to Cancer Research UK’s analysis released on World Cancer Day.

The new figure compares with more than 253,000 people getting the disease every year two decades before.

The rise in the number of people being diagnosed with cancer is down to an aging and growing UK population. This means that there is more pressure on NHS services to diagnose and treat an expanding population.

But lung, pancreatic and oesophageal cancer are examples where survival is still low – partly because they tend to be diagnosed at a later stage when they’re much harder to treat.

Nick Ormiston-Smith, Cancer Research UK’s head of statistical information, said: “People are living longer so more people are getting cancer. But the good news is more people are surviving their cancer. There’s still a huge variation in survival between different cancer types and there’s a lot of work to do to reach Cancer Research UK’s ambition for three in four patients to survive their disease by 2034.”

While one in two people will develop cancer at some point in their lifetime, more than four in ten cases of cancer could be prevented through changes including not smoking.

Professor Peter Johnson, Cancer Research UK’s chief clinician, said: “People often think cancer is down to their genes or just bad luck. Although genes do play a role there are still many things people can do to reduce their cancer risk. The most important is to not smoke. Most people know smoking causes lung cancer, but it’s also linked to at least 13 other types.

“We also know that maintaining a healthy body weight, exercising and eating a healthy balanced diet is important. There is no guarantee against cancer but there are things we can do to make us less likely to get it, and things that the Government can do help us to make the right choices and protect future generations.”