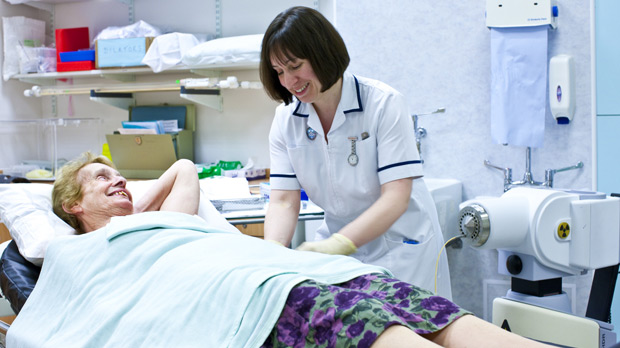 In regions where cancer survival is poorer, people on average have lower awareness of cancer symptoms, according to new findings published today in the British Journal of Cancer*.

“If we can ensure more people know what to look out for and see their GP if they notice any unusual or persistent changes, we may be able to reduce the numbers of patients who are diagnosed with advanced disease, where curative treatment is not often an option.” – Dr Maja Niksic

On average, each additional cancer symptom recognised was associated with about a 1.6 per cent increase in 1 year overall cancer survival for patients in that region.

In this study, only breast cancer survival was associated with perceived barriers to seeing the doctor – such as embarrassment and difficulties getting transport to the doctor’s surgery.

East London had the lowest awareness of cancer symptoms and highest average number of barriers to seeking medical help among the region’s residents. The highest cancer awareness was found in areas such as Peterborough, Bedfordshire and Cambridgeshire.

Dr Maja Niksic, lead author at the London School of Hygiene & Hygiene Tropical Medicine, said: “A range of things can influence cancer survival. Stage of disease at diagnosis is one of them, and if we can ensure more people know what to look out for and see their GP if they notice any unusual or persistent changes, we may be able to reduce the numbers of patients who are diagnosed with advanced disease, where curative treatment is not often an option.

“Based on our research we think that health campaigns should focus on helping people to recognise cancer symptoms early and seek medical advice about these – especially in socio-economically deprived areas, where cancer survival is generally lower.”

“Research like this helps reinforce the value of the Government’s investment in public cancer awareness campaigns, and can be used to better inform and direct efforts.”

Jessica Kirby, senior health information manager at Cancer Research UK, said: “It’s important the public are informed about getting to know their body and what’s normal for them, and spotting potential cancer signs and symptoms. And we need to ensure people feel they can go and see their GP if they notice any unusual changes.

“Many things influence cancer survival and there could be other explanations for the variation in survival across the UK. For example, risk factors like smoking could influence survival, and the way health services are set up may also play a part. The NHS should ensure that everyone can have the right information and access to services to give them the best chance of being diagnosed and treated promptly, wherever they live.”

This study was funded by the Policy Research Unit in Cancer Awareness, Screening, and Early Diagnosis, which in turn receives funding from the Department of Health Policy Research Programme.

About the British Journal of Cancer (BJC)

The BJC is owned by Cancer Research UK. Its mission is to encourage communication of the very best cancer research from laboratories and clinics in all countries. Broad coverage, its editorial independence and consistent high standards have made BJC one of the world’s premier general cancer journals. www.bjcancer.com