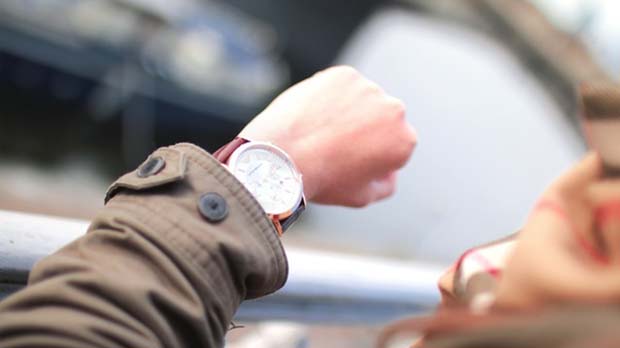 The time between visiting a GP and a potential cancer diagnosis can be tense and emotional.

A quick diagnosis not only helps to reassure patients that they’re in good hands, it also improves their chances of beating the disease.

But in the last couple of years, we’ve seen that the NHS staff carrying out the scans, procedures, and lab tests involved in diagnosis are struggling to keep up with demand.

The goal is that 85 per cent of people should start treatment within two months following an urgent GP referral for suspected cancer. But this target is frequently being missed, leaving patients in limbo for an unacceptably long time.

The latest snapshot of cancer waiting times in England show that the target was missed again. In August 2016 it was only 82.8 per cent.

That’s around 2,200 people waiting too long. The Government has acknowledged there’s a problem. But so far we haven’t seen any improvement.

Our ‘Test Cancer Sooner’ campaign led to a commitment of up to £300m more funding each year until 2020 to reduce waiting times for diagnosis.

And Health Education England (HEE) – who are responsible for educating and training the healthcare workforce – have also committed to training 200 endoscopists by 2018 to address some of the delays.

We want this to lead to faster diagnosis, but more needs to be done.

As we live longer lives, more of us will be diagnosed with cancer. So not only will those services need to catch up now, they’ll need to keep improving in the future.

And without a clear plan for managing this, thousands more patients will be left waiting.

So what are we waiting for?

At the moment there isn’t a clear picture of the workforce issues behind the delays, and where the problems lie.

– Luisa Motta, a histopathologist in Manchester

And while Health Education England is reviewing this, a report hasn’t been published yet.

So to get a glimpse of the picture, we spoke to healthcare professionals working in diagnostics, and asked them about the issues they face.

“Cancer waiting times targets are increasingly demanding, but they don’t come with increased resources,” explains Luisa Motta, a histopathologist in Manchester, who examines patients’ cells under the microscope for signs of cancer.

“If the Government keeps cutting funds and not investing in histopathology, our patients are the ones who are going to suffer.”

Sue Johnson, from the Society and College of Radiographers, supports clinical imaging services to ensure scans and X-Rays are carried out safely and to a high standard. And she says these challenges have been looming on the horizon for a while.

“We’ve been informing Health Education England that diagnostic workforce plans have been inadequate for a long time,” she says.

“But we’re really feeling the results of this lack of investment in the workforce now.”

Trusts – the centres that provide healthcare services for each region in England – are themselves having to decide on changes to how they work to keep up with demand. There’s been some success, but it’s limited, because there’s no agreed approach across the UK.

“So some radiographers are developing their interpreting skills to try and support efficient diagnosis for patients.”

Workers are feeling the strain

Ed Seward, an endoscopist from London, says he and his colleagues have an increasingly heavy workload.

– Ed Seward, and endoscopist from London

“There’s been year-on-year increases in our activity for as long as I’ve been measuring it,” he says.

“The elephant in the room for a lot of doctors who specialise in endoscopy is having to be on-call for general medicine as well – we get pulled in two different directions,” he adds.

Pressures on diagnostic services don’t just affect today’s waiting time stats, they also mean staff don’t have time to think about patients in the future too.

“Doctors working in histopathology are having to reduce the time they spend doing crucial research, contributing to teaching, and fulfilling leadership roles,” says Motta.

“It’s difficult to inspire the next generation of specialists in histopathology if we don’t spend enough time with trainees, or if we can’t demonstrate that there are opportunities for them to do interesting research in our field.”

So how can these problems be solved?

The shortfall in staff needs to be fixed. And quickly.

But, realistically, it takes a long time to train diagnostic professionals from scratch.

Even with recruitment of skilled workers from overseas, it’s a huge challenge to increase numbers enough to meet targets and keep up with demand.

But there are alternative strategies that some trusts are already putting into practice – and seeing good results.

Making good use of today’s workforce

Radiographers have traditionally only carried out the scans needed to diagnose certain types of cancer.

The worrying story of missed targets

But some, like Rob Milner from Yorkshire, have also been learning to interpret those scans as well – work that was previously only done by radiologists.

And their trusts are already reaping the benefits.

According to Milner, it’s a “no-brainer” that a cash-strapped NHS should be using radiographers to interpret X-Rays. It “ticks all the boxes,” he says.

“I think we need to have a nationwide push,” he adds. “Once all radiologists and radiology managers are on side with this, there’s no reason why this can’t progress massively.”

But despite their best efforts, Milner says, solutions like these won’t reach their full potential without help from Health Education England and the NHS.

And according to Seward, co-ordinating efforts between trusts will be vital too.

“We’re planning to establish an ‘Endoscopy Quality Collaborative’ across London, which we hope will give endoscopy teams a clearer idea of what to focus on to do better,” he says.

“We hope everyone will be able to chip in to say what they have found has helped them.”

Keeping up with a changing landscape

As technology improves, pathologists like Motta want to see approaches such as digital pathology – the examination of patient samples on a screen rather than on a microscope – used across the nation.

“If you have an image that is available in a digital format, then several histopathologists in different locations can have access to the image at the same time, and you can have a faster discussion and come up with a better informed opinion,” she says.

And according to Seward, embracing more accurate diagnostic tests could help reduce the number of patients who need endoscopies in the first place.

He estimates that this could lead to endoscopists seeing up to 40 per cent fewer patients undergoing investigation for suspected bowel cancer.

So it seems there are two challenges. First, there needs to be a way to recruit, train and keep more staff.

But providing opportunities for those staff to develop and use new skills, and embracing new technologies to help them work together more efficiently, will also be key for meeting targets.

So what are we doing about it?

We work closely with professional bodies and cancer charities to develop a vision for the future of the NHS, and we’re making sure that England’s cancer strategy is implemented. This includes Health Education England’s review of the cancer workforce.

This will ensure that new and better ways of working can be implemented across England, to safely and effectively reduce how long patients have to wait for a diagnosis.

And as the number of patients who need these services is increasing right now, it’s something we can’t afford to wait around for.

Emma Saxon is a communications officer at Cancer Research UK

I don’t know why the NHS focus so much on endoscopies. My mum had 3 and was given the all clear, only for her to need a CT scan in the end which diagnosed pancreatic cancer. (Endoscopies can’t see this area). I get that CTs might be more costly but I’ve been told this one would have been around £400. When you add up my mum’s multiple visits to A&E in agonising pain to be sent away and told to take paracetamol as the endoscopies showed nothing (so calling her a hypochondriac), plus visits to her GP in an 18 month period AND when you consider a blood test costs £70, I think the NHS is incorrectly using ‘cheaper’ and less effective methods on a regular basis, under the false impression they are cost cutting – when all this does is take longer for a diagnosis, end up actually costing them more in using several different inefficient ‘cheap ‘ methods repeatedly, even though the patient is still complaining of pain (so why go back to the same method of investigation, surely you would then try something else?) and in the end means more people are – as the person below says – ending up with less chance of fighting it and as a result a terminal diagnosis.

I think the NHS are so busy covering there mistakes, my sister had a smear test in September and was given the all clear, in the following December was called in to be told she has cirvical cancer and it all had to be removed, on 23 December, she was not given Chemo, the following January she was admitted with breathing problems, she was discharged, the hospital noticed that her nodes had grown considerably and they ignored it, (we only found out after she was diagnosed with stage 3 lung cancer) she is now on palliative care only, as there is nothing else they can do) she tried to get on the immunotherapy trial, only to be told NICE had withdrawn funding. She has never had an explanation or apology regarding her Cancer. I think the NHS have totally failed her.