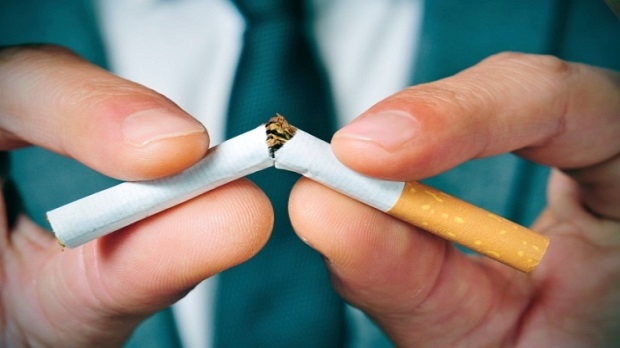 Success rates for quitting smoking are at their highest level for a decade, according to a new report.

Nearly 1 in 5 (19.8%) quit attempts were successful in the first half of 2017, up from an average of 15.7% over the last decade. The figures come from researchers at University College London with Cancer Research UK supporting the study.

George Butterworth, Cancer Research UK’s tobacco policy manager, welcomed the report and said some of the success can be attributed to e-cigarettes.

“It’s great news that quitting success rates are higher than ever, but smoking is still the biggest preventable cause of cancer so more needs to be done to help smokers to give up.” – George Butterworth, Cancer Research UK

“Research has shown that e-cigarettes are the most popular way to quit,” he said. “The evidence so far tells us they’re much safer than smoking, and are helping many people to beat their addiction.”

The report was published alongside the launch of the Government stop smoking campaign, Stoptober. The October challenge is based on evidence that giving up for this length of time means someone is more likely to stop smoking for good.

More than half (53%) of those taking part in Stoptober last year used e-cigarettes as a quitting aid.

Popularity of e-cigarettes is suggested as one of the main reasons why so many people have successfully stopped the habit since Stoptober 2016. For the first time, they feature heavily in the 2017 campaign as a way to encourage smokers who are keen to try e-cigarettes to help them stop smoking.

But Stop Smoking Services have suffered from cuts to funding and many have closed.

New draft guidance from the National Institute for Health and Care Excellence (NICE) suggests health professionals should tell smokers interested in using an e-cigarette as part of a quit attempt, that they can be used to help them move away from tobacco for good.

Professor John Newton, director of health improvement at Public Health England said the evidence that vaping is much less harmful than smoking is clear, with it having only a fraction of the risk.

“If you’ve struggled with quitting before, an e-cigarette may be the best option for you” he said.

Butterworth added that smoking is still the biggest preventable cause of cancer so more needs to be done to help smokers give up.