Science Surgery: ‘Do we all have potentially cancerous cells in our bodies?’ 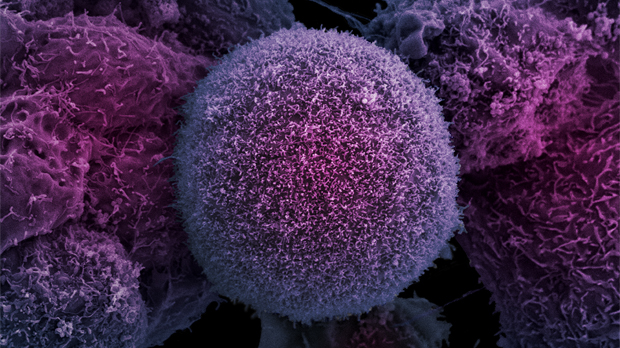 Diane asked: “Do we all have potentially cancerous cells in our bodies?”

The short answer to this question is ‘yes.’ So why don’t we all have cancer?

In this post we’ll cover what gives a cell the potential to turn cancerous, and what can stop this from happening.

A recipe for trouble

There’s a crucial set of ingredients needed for a cell to turn cancerous, which we’ve previously explored. A cell that’s capable of growing uncontrollably collects mistakes in its DNA code, which cause a gene or set of genes to go awry. If the cell also loses certain safety mechanisms, this pushes it towards cancer. It’s like cutting the brakes on a speeding car.

So, a lot needs to happen for a cell to turn cancerous. And any cell in the body has the potential to become cancerous if:

Even though there are many boxes to tick, accumulating DNA damage is the most fundamental part. Some of this damage is avoidable – such as that caused by smoking and drinking alcohol – while some isn’t, such as the damage that comes from getting older. So even if we try and live as healthily as we can, many cells in our bodies still have the potential to become cancerous because of ageing, where our cells get worn down and don’t work as well over time.

A game of cellular cat and mouse

Our cells come with inbuilt safety systems that can stop cancer developing.

Some of these systems stop our precious DNA from becoming damaged in the first place. For example, the sun’s UV rays can cause a build-up of oxygen-containing molecules inside cells that can damage DNA. This is why our cells make antioxidants to mop them up.

But even with this safety system in place, genetic mistakes can still crop up and, in fact, do so relatively regularly. After all, each time a cell divides it copies the 3 billion DNA ‘letters’ that make up its genetic code – a mammoth task to do error-free. And if a cell is exposed to lots of a cancer-causing substance, such as tobacco smoke, then its defences can be overwhelmed and DNA damage becomes inevitable.

That’s why cells also have proofreading machines that scan our DNA code, looking for faults and calling on molecular repair teams to fix any damage that’s found.

These very effective systems have evolved over billions of years, but they’re not foolproof, and mistakes can slip through the net. Sometimes a subtle genetic change might go unnoticed, or there could be so much damage that the repair machinery can’t cope. But even if this happens, there are further checks in place to stop the damaged cell from dividing and potentially leading to a cancer. For example, the cell can be forced to commit suicide so that it can’t pass on its faulty DNA to new cells.

But even then, on rare occasions, some damaged cells can slip past these checks.

That’s when the immune system swoops in, spying on cells that appear out of the ordinary and wiping them out. Frustratingly, cancer cells have evolved their own ways to defend from immune attack, such as dressing up in molecules that form an invisibility cloak. Ultimately, these can allow cancerous cells to evade destruction and go on to develop into the disease. But researchers are turning these tricks around and using them to their advantage, in the form of the latest immunotherapy treatments that can target certain cancers.

All in all, this paints a complex picture of how cancer starts. There are many things that can give a cell the potential to become cancerous, but there are checks in place to stop that from happening.

The more we learn about these processes, the more opportunities arise to intervene and attack cancer in ever more sophisticated and precise ways. That’s why understanding the basic biology of cancer is so fundamental to making progress against it, and why we continue to fund the brilliant scientists doing this right now.

We’d like to thank Diane for asking us this question. If you’d like to ask us something, email [email protected], leaving your first name and location (optional).

This is, by far, the BEST that I have ever read on the roles our cells play in the mechanics of how our body defends us against cancer cells. The creative layman terms gave me some semblance of understanding on the complex world that is going on inside each of us! ie:
“That’s why cells also have proofreading machines that scan our DNA code, looking for faults and calling on molecular repair teams to fix any damage that’s found” Genious!
Thank you!