Science surgery: “What’s the difference between the words genome, gene and chromosome?” 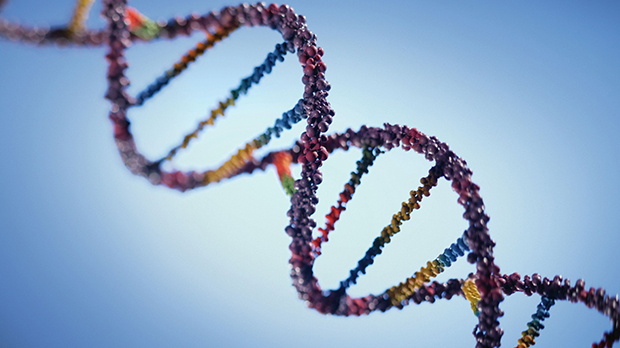 Patrick asked: “What’s the difference between the words genome, gene and chromosome?”

To answer this question it’s best to start small and zoom out. Genes, genomes and chromosomes are each made up of the most important molecule to life on earth: DNA.

The difference between these three DNA structures is how much DNA they contain.

DNA is a string of complex molecules called nucleotides. It contains the genetic information of life and acts as a set of instructions for how to build and maintain you.

DNA is found in the heart of almost every human cell, in an area called the nucleus.

Our DNA is unique, unless you’re an identical twin.

Gene: a short section of DNA

Chromosome: a package of genes and other bits of DNA and proteins

What is a gene?

The DNA found in our cells forms a molecular instruction book, but it isn’t just a set of random letters with no order or punctuation. It’s organised into little chunks, or paragraphs of information, that each carry a specific set of instructions for how to make a certain aspect of you.

This little paragraph is a short section of DNA known as a gene.

Genes are instructions that our cells use to make molecules called proteins. Proteins have lots of different roles. They form the scaffolding of cells, as well as helping them to function and communicate.

Some genes tell cells how to make proteins involved in cell growth and division. If these genes go wrong, they can develop into cancer genes and cause cells to grow out of control.

What is a cancer gene?

When a cell divides it has to make a copy of every DNA molecule so it can be exactly split between the two new cells. We have around 3 billion individual DNA molecules (nucleotides) in each cell. That’s a lot of work to carry out error-free.

Sometimes copying mistakes happen in a part of the genetic code that doesn’t carry the instructions for a protein, and so nothing really happens. In other instances, the cell’s DNA repair machinery fixes the faulty DNA chain.

Occasionally errors happen in genes that control a cell’s growth and so can lead to cancer.

People can inherit errors in genes from their parents, which can give them an increased risk of cancer. Other factors that damage DNA, such as tobacco smoke or alcohol, can also create faulty genes.

Gene tests can sometimes pick out which faulty genes might be helping a person’s cancer cells grow. Knowing these specific genetic faults can sometimes help doctors decide which treatment is best for a patient. This is called personalised medicine.

What is a chromosome?

DNA strands are both important and delicate, so it’s essential that they’re packaged carefully and protected during the cell division process. To strengthen them and keep them safe DNA is looped and coiled into a structure called a chromosome.

If a gene is a specific paragraph that contains details on how to make one single building block of you, then a chromosome is a chapter in this instruction book.

There are 46 chapters in the instruction manual of you, or 46 chromosomes in total: 23 from your mum and 23 from your dad.

Chromosomes are formed before cells divide. Research suggests that errors in chromosome copying could be one of the first few changes in a cell that gives it the potential to turn cancerous.

What is a genome?

A genome is an organism’s complete set of DNA.

If the DNA code is a set of instructions that’s carefully organised into paragraphs (genes) and chapters (chromosomes), then the entire manual from start to finish would be the genome.

Almost every human’s genome, chromosomes and genes are organised in the same way. It’s the DNA code, the words on the page, that are slightly different. That’s what makes us unique.

The human genome was first sequenced in 2003. During this project scientists read all the letters that make up our genome, but this is useless if we don’t understand what it means.

Scientists are now working on this. Piece by piece they’re learning more about each part of our genome.

Unfortunately, understanding what each of our 23,000 genes does, and how they interact with each other, will take some time. But doing this is important for cancer research because if we completely understand how we’re put together, we can work out why things go wrong. And if we know why cells go wrong and how they turn into cancer cells, it could give us clues on how to beat them.

We’d like to thank Patrick for asking us this question. If you’d like to ask us something, email [email protected], leaving your first name and location (optional).