In a 6-part series, we’re exploring the major challenges that are holding back progress in the field of brain tumour research. This first part focuses on how brain tumours develop.

The brain is the most complex organ in our bodies, controlling almost everything we do. Our ability to breathe, our earliest memories and deepest thoughts and emotions are all housed in an organ the size of a large grapefruit.

Add to this that the entire organ grows from just a tiny bundle of microscopic cells, and the process becomes even more awe-inspiring.

Piecing together this process is perhaps one of the most complicated puzzles known to humankind, and one that scientists have been trying to solve for decades.

But it’s not just the growth of healthy brain tissue that scientists are still puzzling over. It’s also the growth of brain tumours. The exact way these diseases develop in the brain remains somewhat of a mystery, and it’s only through today’s sophisticated imaging and genetic techniques that we’re starting to unravel what’s going on inside patients’ heads.

To try and solve this puzzle, Cancer Research UK has set it as one of the challenges for the new Brain Tumour Awards. And our hope is that by unlocking clues on how brain tumours grow and develop we will reveal important features of their biology, opening up new ways to tackle these diseases in the future.

Brain tumours are different to other cancers

Every type of cancer is different. Even in the same part of the body, one person’s cancer can look and behave very differently to another. And when it comes to the brain, there are about 130 types of brain tumour, including those that affect adults and children. 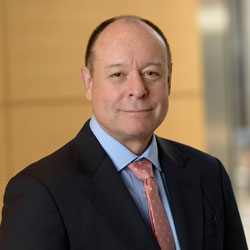 Dr Luis F. Parada, Director of the Brain Tumor Center at the Memorial Sloan Kettering Cancer Center in New York, says that the brain is a unique organ with very unique properties. And he thinks that scientists’ approach to understanding brain tumours hasn’t been quite right until now.

“Most brain tumour doctors are not neuroscientists,” he says, “so adapting techniques and treatments that we designed for other types of cancer and testing them on the brain might not be the smartest strategy.” Instead, Parada is excited by the new wave of cancer doctors whose research is rooted in a greater understanding of the biology of the brain.

Some of the difficulties researchers face come down to seemingly simple things. First, the brain is hidden behind the skull. This makes it much harder to see what’s going on as tumours grow, so doctors and researchers need to use advanced techniques to try and image the brain. Studying animals, such as zebrafish and flies, can also help see into the brain as it grows and understand the earliest events in tumour formation.

Another big issue is that scientists can’t just take out pieces of the brain to see what’s going on. The brain is a delicate organ and if certain parts are removed, this can cause irreversible damage to the person, from changes in personality to physical disabilities.

Parada says that for many years, researchers’ views on brain development have likely been wrong.

“I was taught that the brain is hardwired as we grow, and that the cells in the brain are static. But what we know now is that the brain contains stem cells that persist throughout a person’s life.”

These specialised stem cells are one of the most controversial topics in brain tumour growth.

Stem cells are an essential part of development, as they carry shape-shifting properties that mean they turn into different cell types that help grow whole organs as we develop from embryos or replace adult cells as they die. Brain stem cells are the specialised building blocks of the brain, and can divide and grow to become all the different types of neural cell.

In the past, researchers thought that fully-grown adult brains may no longer contain these stem cells. But we now know that many of them continue to exist throughout our lives.

When it comes to cancer, the traditional school of thought has been that brain tumours can develop from a range of different cell types in the adult brain. But recent research is suggesting that tumours may only grow from specific ‘cancer stem cells’.

Parada believes that this is likely the case, and while he says this hasn’t yet been proven for all types of brain tumours, “every new piece of evidence tends to support that theory.”

As support grows, the need to uncover the properties of these cancer stem cells in the brain builds. Armed with that information, we would have a much better chance of developing ways to destroy the cells and the cancers they cause.

Waking up sleeping stem cells to knock them back down

Dr Rita Sousa-Nunes, a Cancer Research UK-funded scientist at King’s College London, is among those who haven’t ruled out that other types of brain cell can become cancer stem cells before seeding a tumour. “I don’t think there’s one single answer” she says, “it’s possible there’s a particular cocktail of mutations in a mouse or human that could lead to a tumour, however improbable. And maybe that’s why these events are reasonably rare.”

Sousa-Nunes’ work on how brain tumours develop in flies highlights other mechanisms that may influence their growth, along with how scientists might stop these cells in their tracks.

One of the things that makes some cancers so hard to cure is that cancer cells can become resistant to treatment. Cancer stem cells can resist treatments through a unique process called quiescence, that helps them hide from drugs trying to kill them. Much like hibernating animals, quiescent cells shut down some of their systems so that they use much less energy and aren’t subject to the same wear and tear of active cells.

This means that quiescent cancer stem cells can evade cancer treatments like chemotherapy that are designed to attack very busy, energetic cancer cells. So, although some treatments can kill most of the cells that make up a tumour, a group of cells remain that may eventually wake up and regrow another cancer after treatment.

Researchers like Parada and Sousa-Nunes are exploring how we can find ways to stop this.

Sousa-Nunes’ team has discovered new features of quiescence in the brain. And that we may be able to use this against cancer stem cells. “Counterintuitively, you might want to get cells out of quiescence, to hit them with the current therapies,” she speculates.

Although this may sound strange, taking slow-growing cancer cells and making them grow faster might be necessary to kill them. “It’s no use only killing the rapidly-growing cells if the quiet ones remain.”

And Parada agrees. In addition to blocking the growth of cells that make up most of the tumour, he says we also need to “identify strategies to kill the quiescent cells”. If we can do this, we might be able to give the entire tumour a knockout blow.

But it’s not just stem cells’ ability to regrow tumours that’s important for cancer development. In some organisms, brain stem cells have an internal clock that can influence the likelihood of a tumour growing. Whether this is the case for humans is unknown.

There may be a clock in the brain controlling cancer growth

Sousa-Nunes’ work in flies has shown that potentially cancer-causing changes in a gene called Prospero (PROX1 in humans) in the brain don’t always lead to a tumour. Her work and that of others shows that this is down to how strongly the gene is expressed and also timing.

“These brain cells in flies have an internal timer and change their properties over time,” she says. “If you trigger a genetic change in these cells at one point, it can lead to cancer, but if you do it later, the cell’s properties have changed and instead you just get increased cell growth and no cancer.”

Sousa-Nunes is particularly excited to see if the same is true in human tumours. “The genetic changes found in flies have also been found to be linked to cancer growth in humans. But we’re yet to work out if timing plays a role in our cells too. It’s not been seen yet, but the possibility is tantalising.”

It’s a distant goal, but if this is found to be the case, it points to potential new ways to intervene before a cancer develops. If scientists can work out the timings of these changes that cause a cell to become either a cancer or a non-cancerous growth, then they might be able to encourage them down the potentially less harmful route. Unlocking the biology that could lead to new treatments

Parada and Sousa-Nunes’ work is rooted in the lab. So it’s some way from being turned into new treatments. But it’s the knowledge we gain from their studies that brings us closer to that possibility.

By figuring out the mechanisms that cause brain tumours to grow, scientists can find new targets and ideas for treatments. Without this sort of work, and the collaborations and debates this research inspires, many of today’s cancer therapies wouldn’t exist.

But, just like with a jigsaw, where finding the corner pieces first helps you to complete the whole picture, these early discoveries help us find the way to eventually improve the outcomes for people with cancer.

We still have a long way to go before we can say exactly how brain tumours start and grow, but that’s one of the goals of the Cancer Research UK Brain Tumour Awards.

Sousa-Nunes believes it will “lure more neuroscientists in” to focusing on cancer. If this is the case, we can use their knowledge of the brain and translate it into beating cancer.

A leap is exactly what we’re looking for.

Very informative – puts the current state of play into perspective.

Much more funding is required to find the cause and advance treatment of brain tumours. Only 2% of funding is allocated to brain tumour research. Woeful! There has been no significant changes to treatment for a generation despite brain tumours being the biggest killer of people under forty, more than any other cancer. It’s about time this was addressed.

Terrific work! Thank you and keep it up.