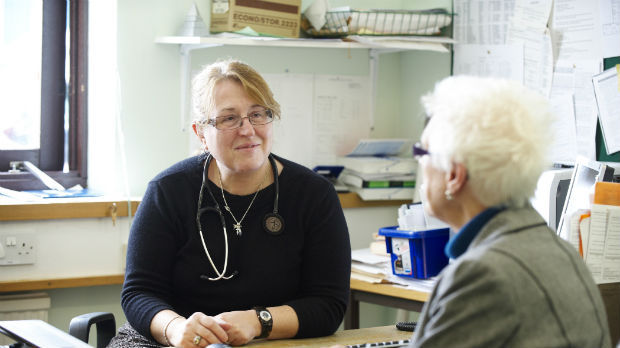 Women with bladder or kidney cancer may lose out on a prompt diagnosis if they are already being regularly treated for recurring urinary tract infections (UTIs), according to new research presented at Cancer Research UK’s Early Diagnosis Conference in Birmingham.

The research suggests this may be because a person prone to infection is assumed to be suffering from yet another UTI rather than being investigated for potential cancer.

The analysis of 24 studies and more than 100,000 people found that up to two thirds with blood in their urine – a UTI symptom and a possible sign of cancer – had no check-up in the six months after their initial visit to a doctor.

UTIs are more common in women than in men. Although UTIs are not directly related to cancer, failing to get recurring infections or blood in the urine checked by a doctor could lead to a delayed diagnosis, particularly among older women.*

The researchers think that developing electronic tools within existing GP computer systems to flag-up patients with ongoing symptoms, or recurring UTIs in older people, could help GPs to identify who may need further investigations or a referral to a urologist.

Dr Yin Zhou, lead author from the University of Cambridge, said: “Detecting cancer early is vital for giving patients the best treatment options and improving survival. This research is an important step towards improving our understanding of why some people are diagnosed later than others.

“Although UTIs are the second most common condition that GPs are prescribing antibiotics for, in some people, symptoms of a UTI may be masking symptoms of bladder or kidney cancer. Only a small number of patients with persistent symptoms and recurring UTIs will go on to develop cancer but it’s important that we don’t miss them. The next step will be to find a way to detect these patients earlier.”

Sara Hiom, director of early diagnosis at Cancer Research UK, said: “Early stage cancers may not always display obvious symptoms, but this research highlights the importance of tracking persistent symptoms and ensuring ongoing problems are not ignored. We continue to use the latest evidence to find new ways to support GPs and practices to ensure all patients receive an accurate diagnosis as swiftly as possible – this can make all the difference to their experience and outcome.

Dr Richard Roope, Cancer Research UK’s GP expert, said: “GPs see many patients with symptoms suggestive of a urinary infection – thankfully the vast majority will never go on to develop kidney or bladder cancer. But this research shines a light on the importance of taking a step back to consider what might be causing any recurrence of symptoms, rather than assuming the diagnosis is the same as it has been before.

“There’s no easy way to know which patients need to be referred or seen again. All GPs want the best for their patients so research like this, highlighting where improvements need to be made, such as arranging a review, is very useful.”*****

*NICE guidelines recommend that patients over the age of 60 with recurrent UTIs be considered for a routine referral.

*****Cancer Research UK is in partnership with the Royal College of GPs to promote research based best practice to improve cancer outcomes.