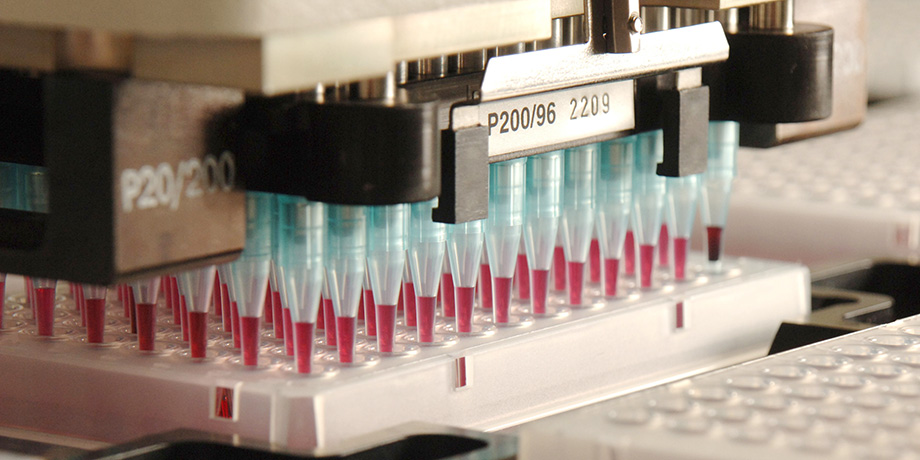 New results from one of our Grand Challenge projects offer a detailed view of DNA damage in liver disease.

Chronic liver disease greatly increases the risk of liver cancer, but not by piling up known cancer-driver mutations early on, unlike what happens in other body tissues.

A team of researchers supported by our Grand Challenge initiative observed that there was more DNA damage in chronically diseased than normal liver, but, unexpectedly, none of this damage affected genes known to be mutated in hepatocellular carcinoma (HCC). The findings were published in Nature today.

There are around 5,900 new liver cancer cases in the UK every year, and incidence rates for liver cancer are projected to grow by 38% between 2014 and 2035, partially fuelled by risk factors such as obesity and type 2 diabetes.

As we increasingly seek to understand (and control) cancer risk, mutational signatures in DNA are a promising source of information. These DNA damage signatures are specific to the risk factor that caused them, such as excess alcohol consumption or UV exposure, and could help understand the causes of many cancers, including liver. This study is one of the first to study these signatures as part of the Mutographs of Cancer project, which seeks to uncover unknown causes of cancer.

Healthy skin and oesophagus accumulate cancer driver mutations, increasing the likelihood of melanoma and oesophageal cancer as we age. The risk of HCC is up to 55 times higher in people with liver damage than in those with a healthy liver. As cancer frequently hijacks normal growth and repair pathways, researchers had presumed that cancer-causing mutations might help the liver regenerate when chronically damaged.

In a bid to better understand how liver disease can progress to liver cancer, teams at our CRUK Cambridge Institute and the Wellcome Sanger Institute compared whole-genome sequences of 482 microdissections of 100–500 hepatocytes from 5 healthy and 9 cirrhotic livers. They also compared the mutational signatures of cirrhotic livers with those from 61 samples of HCC to understand what changes when liver cancer develops.

The team were surprised to find that although cirrhotic livers had a higher mutation burden overall, they did not contain more clones with cancer driver mutations. Moreover, the proportion of healthy and cirrhotic liver carrying these driver mutations was under 5%. As a comparison, researchers who looked at healthy skin found cancer-causing mutations in 18–32% of cells.

But the DNA damage seen in cirrhotic livers had some specific characteristics: structural variants and copy-number alterations happened more often than in healthy livers. Scarring from liver damage also had consequences on the genetic diversity within diseased livers: bands of fibrosis separated clones early on and led them to evolve separately so that they did not share common mutations.

When the researchers compared mutational signatures between cirrhotic livers and HCC, they found that a group of them is quiet in liver disease but more active in HCC. These signatures could reveal processes that are active during the development of HCC. A few of the mutational signatures were also very specific to certain patients and were linked to their personal history, for example those caused by smoking or exposure to particular moulds in their environment. Detecting these marks in diseased livers shows how some of the carcinogens around us directly damage our livers.

The researchers believe that the link between liver disease and cancer risk is more complex than just driver mutations. For example, the heterogenous nature of the clones present in cirrhotic liver might make it more likely that one of them will acquire enough mutations to become malignant. Or the process may involve epigenetics – reversible changes that influence how DNA is expressed.

The researchers now plan to explore other possibilities to uncover the mechanisms by which liver disease might increase cancer risk. They are keen to analyse DNA from more people to find patterns that will help them predict who is most at risk of liver cancer.

Dr Matthew Hoare, from the Cancer Research UK Cambridge Institute, who is one of the study authors, said: “We know the things that can prevent chronic liver disease: drinking less, losing weight, and making sure that diabetes doesn’t develop. But it’s important for the people affected by chronic liver disease that we get a better understanding of the links between it and cancer. It will allow doctors to identify people at higher risk, monitor them better and even design preventative treatment.”

Beyond liver cancer, the Mutographs of Cancer project team will use their £20m Grand Challenge grant to study mutational signatures in donated tumour samples and build a much deeper understanding of DNA damage processes and their causes. They hope to uncover new signatures and identify the factors associated with currently unattributed ones – all with the aim of better understanding cancer risk. The next Grand Challenge funding round opens for applications in early 2020.