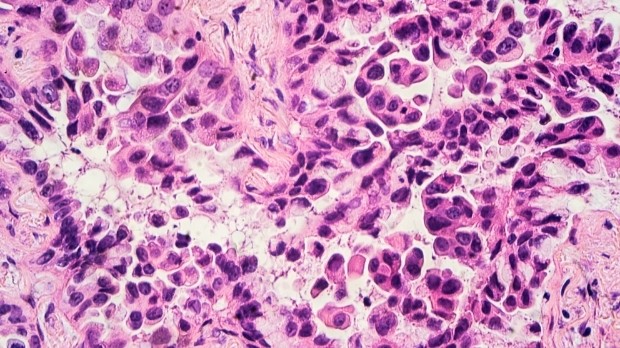 One of the biggest meetings of the world’s cancer specialists took place this weekend. Usually located in Chicago, researchers and clinicians around the world met virtually this year to present the latest in cancer research at the American Society of Clinical Oncology (ASCO) annual meeting.

Everything from how COVID-19 has affected cancer care to patient diversity in clinical trials was discussed this year, but some of the highlights of the conference focused on therapies that can be given after someone’s main treatment to prevent cancer returning or spreading.

“Two standout studies revealed the benefits of adding immunotherapy to the treatment of early stage non-small cell lung cancer and showed that giving olaparib after chemotherapy is beneficial for people with breast cancer driven by inherited BRCA mutations. These results and others have the potential to change practice and offer new hope for people with cancer.”

Here’s a flavour of the some of the top research presented.

Scientists have discovered that giving the targeted treatment olaparib after chemotherapy can cut the risk of breast cancer returning or spreading in women with inherited mutations in their BRCA1 or BRCA2 genes, according to research published in the New England Journal of Medicine.

Olaparib exploits a genetic weakness in cancer cells, stopping them from being able to repair their DNA by inhibiting a molecule called PARP, causing the cells to die.

Much of the work so far, including Cancer Research UK-funded trials, has focused on using PARP inhibitors in advanced cancers with changes in either BRCA1 or BRCA2.

But a phase 3 trial called OlympiA – coordinated by the Breast International Group – is the first to report the effects of olaparib on recurrence in early-stage breast cancer.

After an average of 2.5 years of follow-up, 85.9% of patients on the drug were alive with no signs of cancer, compared with 77.1% who received a placebo. This represented a 42% overall drop in the risk of cancer returning, new cancer developing or death.

The researchers also reported that relatively few patients reported significant side effects, with limited impact on patient-reported quality of life.

Professor Ruth Plummer, based at Newcastle University, was the first person to write a prescription for a PARP inhibitor. Plummer says this ‘important’ result confirms the benefit of PARP inhibitors in this type of cancer.

“It means another group of patients will benefit from the research carried out by the teams at ICR, Cambridge and Sheffield and Newcastle showing that BRCA-mutated cancer cells are exquisitely sensitive to PARP inhibitors, and in this group of patients it’s likely increasing their chance of being cured after surgery, which is really exciting.”

Cancer Research UK scientists have been big players in the development of PARP inhibitors, funding the risky research that allowed scientists to develop them, and even playing a role in the discovery of the heritable BRCA gene mutations that make cells so sensitive to the therapies.

Find out more about how PARP inhibitors came to be, and a look back 25 years on from the discovery of BRCA2.

Scientists have spent decades trying to target one elusive gene – KRAS. Changes to the KRAS gene, which is important in controlling cell growth, can lead to cells growing and dividing out of control to form tumours. Mutations in KRAS are found in around 1 in 4 cancers and are commonly found in several hard-to-treat cancers, including pancreatic, lung and bowel tumours.

Despite the important role KRAS mutations play in cancer, a drug has proved elusive. But that’s beginning to change.

A phase 2 study (CodeBreak 100) showed that a new drug that targets KRAS improved survival for patients with a specific type of lung cancer. The trial focused on people with non small cell lung cancer that were being driven by a mutation in the KRAS gene (KRAS G12C) who had already had treatment.

Also published in the New England Journal of Medicine, results showed that around 37% of people’s cancer responded to the drug in some way, with the response lasting around 11.1 months on average. People taking the drug sotorasib lived for 12.5 months on average. The drug wasn’t compared to a dummy drug (placebo) or an existing treatments, so comparisons aren’t possible at this time.

Based on the results of this study, sotorasib was recently approved by the Food and Drug Administration, the US drug regulator, as a treatment option for these patients.

Whilst only approved for this small group of people, it’s a landmark step as it is the first drug to be approved that specifically targets KRAS, which has been sought over for decades and once thought to be ‘undruggable’.

“KRAS has been an elusive cancer target for decade later and getting this first drug approved to tackle it is a real milestone. There’s hope that the same result could be achieved in other cancer types, which should be a cause of optimism for patients with KRAS-driven cancers.”

It wasn’t just targeted drugs taking centre stage at ASCO – immunotherapies were very much in the mix.

Drugs that harness the immune system to attack cancer have shown real promise in recent years, but there’s more work to do to unlock their full potential. A big question has been when to give immunotherapy, with most trials so far focusing on more advanced disease.

The Impower010 trial looked at whether immunotherapy could be used after surgery to lower the risk of a patient’s cancer coming back. And the results look promising.

Atezolizumab belongs to a group of immunotherapies called checkpoint inhibitors. It works by blocking a molecule called PD-L1, found on the tumour cells of around half of people diagnosed with early-stage non small cell lung cancer.

Atezolizumab has previously been shown to be effective in later-stage non small cell lung cancer, but this is the first time it’s shown potential in the early stages of the disease
In this study, adding atezolizumab after surgery and chemotherapy for PD-L1 positive tumours cut the risk of the disease coming back or death by 34% compared with standard care.

The average time after treatment before patients show signs of cancer coming back for those who received standard care was nearly 3 years, whilst those who received atezolizumab are doing so well that an average cannot be recorded yet as the trial is still ongoing.

It’s early days yet, with the trial still ongoing and results yet to be independently review and published, but it’s an exciting step forward. In the words of ASCO’s chief medical officer Julie Gralow, “for the first time, we are seeing that an immunotherapy is effective when used to treat early-stage lung cancer”. Good news.

Onto prostate cancer. Researchers presented a new way to precisely deliver a targeted dose of radiation to cancer cells, which can help some men with advanced prostate cancer live longer, healthier lives.

The new results from the phase 3 VISION trial show that this ‘search and destroy’ treatment can shrink tumours whilst leaving healthy cells unharmed, with the potential to change the current standard of care for these patients.

The treatment, officially called 177Lu-PSMA-617, hunts down cancer by looking for the presence of a molecule called prostate-specific membrane antigen (PSMA) on the surface of prostate cancer cells.

Once it sees through the cancer’s camouflage, the treatment delivers a lethal dose of radiation to kill the cancer cells.

Again, these results are yet to be independently reviewed and published. But they were certainly a conversation starter, with lots of debate around the magnitude of the finding and not all scientists agreeing that the benefit for patients is up to scratch. STAT News (£) has the story.

Just a taste of what’s to come

These studies were just a few of the many that were discussed over the course of the conference, with plenty more exciting research that could end up helping patients. Capturing the full essence of ASCO is a nigh-on impossible task, but if you can find out about some more of the research covered on Twitter over the weekend.

🌎 This weekend is #ASCO21 – one of the world’s biggest cancer conferences – where new research will be presented (virtually, this year!) by scientists and doctors from around the globe. Here are a few of the exciting studies which your donations have helped to fund 👇 1/10 @ASCO