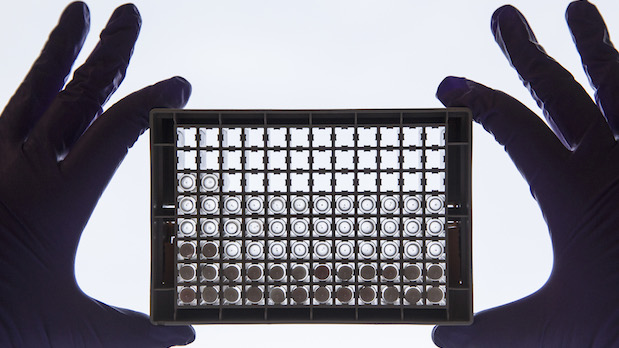 A drug that uses an antibody to target cancer cells shrank tumours in women with triple negative breast cancer that has spread, according to a small clinical trial.

The study, run by Massachusetts General Hospital Cancer Center in the US, used a drug made by fusing a chemotherapy treatment to an antibody that targets Trop-2, a molecule found at high levels on the surface of many cancer cells.

Published in the Journal of Clinical Oncology, the study found that tumours shrank by 30% or more in 21 of the 69 women given the drug. Two patients saw their tumours disappear completely.

Almost 7 in 10 participants (70%) saw their tumours shrink to some extent, survival was on average 16.6 months.

Professor Aditya Bardia, who led the study, said the results could lead to a new treatment option for this hard-to-treat cancer.

Triple negative breast cancers lack the HER2 molecule and receptors that sense the hormones oestrogen or progesterone on their surface. These molecules affect the growth of cancer cells, resulting in an aggressive cancer.

“This is a very interesting study and the results should be investigated further.” – Professor Peter Schmid, Cancer Research UK

15 out of every 100 breast cancers are defined as triple negative. And the disease often affects younger people.

In this study, patients’ disease had spread and they had been treated with at least one previous therapy – the average was five.

The 69 patients who took part in the trial were part of a larger study of the drug, called sacituzumab govitecan or IMMU-132.

Professor Peter Schmid, a Cancer Research UK expert in early drug development for breast cancer, said: “This is a very interesting study and the results should be investigated further.”

“The responses to this treatment, and how long they lasted, are promising. And the side effects of the treatment seem manageable.”

“More work is needed to find out which patients with this type of cancer are most likely to benefit from the treatment,” said Schmid.

“But antibody drug conjugates are clearly an area where we can hope for significant developments over the next few years.”

Bardia said the next step is to study the drug’s effect in patients with earlier stage disease, see if it can be used in combination with other drugs, and whether it can treat patients with other forms of breast cancer.