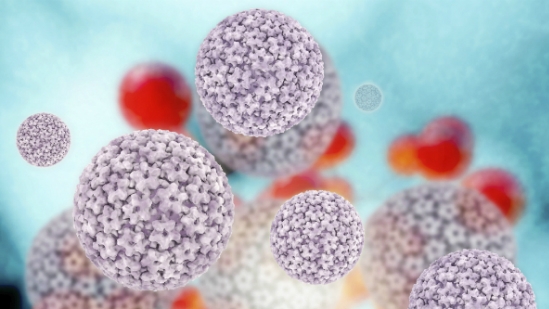 Cervical screening could be stopped at the age of 55 for some women if the order of tests is switched, according to a new computer simulation study.

Now, women in the UK are invited for cervical screening between the ages of 25 and 64. And samples of cells are usually looked at using a microscope (cytology). Then, if they look abnormal, the cells will be examined for sign of the human papillomavirus (HPV), which can cause cancer.

But looking for signs of infection first could mean that screening can be stopped earlier, providing the test is negative.

The computer simulation predicted that those who had attended screening regularly and tested negative for HPV at age 55 had a 0.04% chance of developing cervical cancer in later life.

The study used Canadian health data and was published in The Lancet Oncology.

What screening is carried out in the UK?

Cervical screening usually involves a smear test, which takes a sample of cells from the surface of the cervix and looks for changes that could develop into cancer using a microscope.

But because virtually all cases of cervical cancer are caused by HPV, the more sensitive approach of testing for the infection first is being brought in by the NHS. The new programme will first test samples for HPV, and then follow up by looking at the cells which test positive for HPV using a microscope to see if they look abnormal.

The switch to HPV primary testing was made in Wales in September 2018, with England due to follow by the end of 2019 and Scotland in January 2020. No decision has been made about cervical screening in Northern Ireland.

Dr Talia Malagon, lead researcher from McGill University, Canada, said that it’s been known for some time that the HPV test performs just as well if not better than the traditional smear test for women under 60. “What was not known was whether an older woman who is HPV negative could just as safely stop screening as an older woman who tests cytology negative,” she adds.

The researchers used a mathematical model to estimate cervical cancer risk in older women, using Canadian health data collected from 200,000 women. The simulation only included women who hadn’t had the HPV vaccine.

If women attended screening up to age 55 with a negative HPV test and cytology, their estimated risk of developing cervical cancer in later life was 0.04%. And continuing screening to age 70 didn’t add much benefit for these women, according to the researchers.

The computer modelling suggests that screening could be stopped for some women at age 55, but lots of different factors and research are considered when deciding on the age ranges for screening.

Malagon said that the study didn’t include any analysis of the cost-effectiveness of the different programmes, which would be a useful next step before any change in guidance is considered.