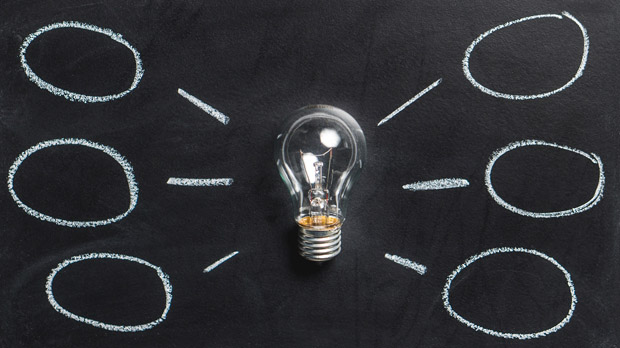 We’d like to introduce you to the latest scientists that we’ve given funding to use to head up their own research teams. They’re setting out to answer a variety of questions. 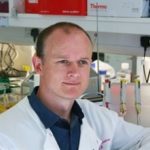 At the University of Birmingham, Dr Mathew Coleman is looking at 3 molecules that help cells behave normally.

“In healthy cells, these molecules are cancer suppressive, protecting cells from a step on the path to cancer. But when they’re faulty, we think this can help the cancer develop and progress,” he explains.

Using tumour cells in the lab, as well as mini lab-grown tumours called organoids, Coleman hopes to reveal more about the role these faulty molecules – called protein ‘hydroxylases’ – have in cancer.

“By understanding more about the impact these faulty molecules have inside cancer cells, we may be able to identify new targets for drugs, leading to new treatments for cancer patients,” says Coleman. Dr Victoria Sanz-Moreno, based at King’s College London, studies melanoma, the 5th most common cancer in the UK.

“Once melanoma spreads, it’s much harder to treat,” she says.

Sanz-Moreno has already identified a molecule called ROCK as a key player in the spread of melanoma cells in the lab and also in mice. So by understanding more about how ROCK works, she hopes to work out if it’s possible to target it with drugs.

“We know ROCK affects how cancer cells move and spread, but it may also affect the immune system,” says Sanz-Moreno. “It may be that using drugs to stop ROCK alongside other drugs that interact with the immune system is the best way to help these patients.” B cell lymphoblastic leukaemia, a type of blood cancer, is rare in children who are less than 1. But the lack of knowledge about how this type of leukaemia works in young children means that the outlook for the small number who are diagnosed is poor.

At the University of Edinburgh, Dr Katrin Ottersbach is trying to change this. And to do so, Ottersbach and her team are trying to understand how the disease might begin, even before birth, by looking at cells in the lab as well as young mice with the disease. For more than a century, radiotherapy has been used to treat millions of people with cancer around the world. But even an old dog can be taught new tricks, which is what Dr Emma Harris is working to do at The Institute for Cancer Research, London.

“Radiotherapy can be targeted to a specific area, but sometimes internal organs can move, such as when the patient breathes. We want to be develop a way to see where the tumour moves and move the radiotherapy beams to stay with the tumour,” she says.

Using this quick and affordable technology, she also wants to test if ultrasound can help identify which patients are benefiting from the radiotherapy.

“By looking at changes in tumour blood vessels and the tumour stiffness and structure with ultrasound, we hope to identify the patients that are responding to the treatment, and those that aren’t,” she says.

This could help doctors work out if the radiotherapy dose is right for the individual patient, and spare those that it isn’t suitable for from unnecessary treatment. At the University of York, Dr Ian Hitchcock is studying a group of blood cancers called myloproliferative neoplasms. And he’s focusing on faulty (mutated) versions of a gene called JAK2.

“We’ve recently found that the mutated version of JAK2 only works if it can act through a specific molecule called MPL,” says Hitchcock.

And, Hitchcock explains, there are already drugs available that can affect MPL. He believes that by targeting the molecule with drugs, he can indirectly stop the effects of faulty JAK2.

Hitchcock and his team hope to find new ways to switch off JAK2, and potentially stop these blood cancers in their tracks. At the Wellcome Trust Sanger Institute and the University of Cambridge, Dr George Vassiliou is looking to improve the survival of patients with acute myeloid leukaemia (AML).

“AML remains difficult to treat, and survival is low” he says. “The main reason for this is a lack of effective treatments.”

Vassiliou has already identified around 500 genes that AML cells rely on to grow and survive, and now he’s taking his research further.

“Without these genes the cancer can’t develop properly,” he says. “The task at hand is to select the genes that are most critical to AML cells, but are not needed by normal cells. This could lead to new and potentially unexpected ways to target the disease with new or existing drugs.”